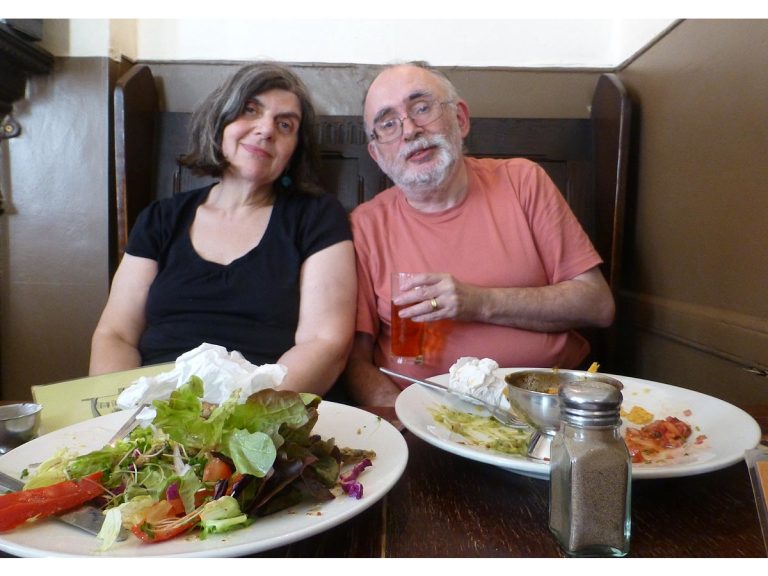 There are more than three-dozen ranging from greasy spoons to Michelin starred grand restaurants. It’s almost certain that there is nowhere else in London where there are so many bars, bistros and cafes in so small a space.

“We’ve been talking about visiting them for years,” confesses Simon, “but didn’t do anything about it.” Simon and Sylvia and have lived in the area for over thirty years and already have several favourite local restaurants. “We hope that we discover one or two places that we will want to go back to.”

As Simon is a journalist there is a blog called Foraging Kew describing their experiences at each eatery and Sylvia’s an accountant so there is a spreadsheet comparing value for money and such like.

Simon stresses that it is all a bit of fun: “We are far from being professional restaurant critics, we just want to see what food is available locally and see what we think of it. If you disagree that’s fine, just add your comments to the blog.”

What are your favourite local restaurants in Richmond upon Thames? Let us know by commenting below...