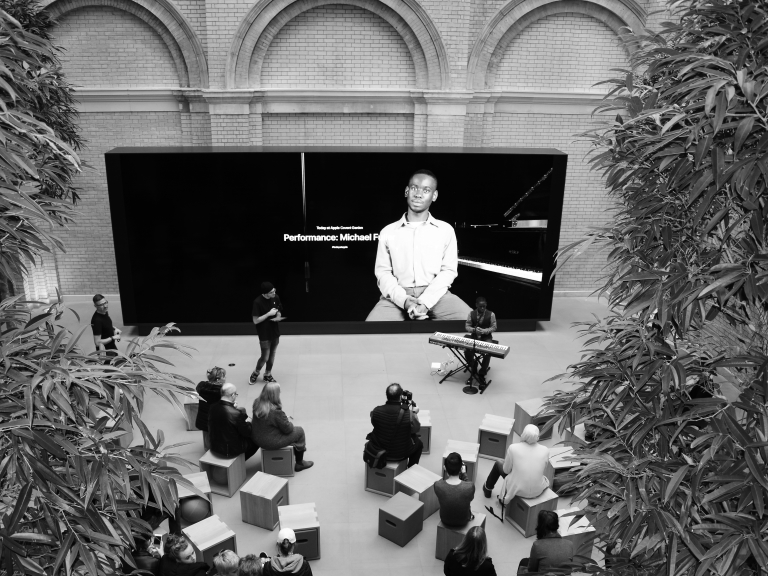 Michael taught himself music from a young age and went on to study Music at RuTC, finishing his course with a triple distinction. He has recently been featured on the BBC documentary series Amazing Humans, showing his incredible interpretation of music.

Apple’s website describes Michael as “a musician like no other. Able to conjure complex music from his mind, he’s invented a new language of sounds and composes his own symphonic arrangements.” In celebration of World Autism Awareness Week, Michael performed self-composed operatic tracks, including Great is the Grief, plus other well-known classical pieces.

Michael’s performance at Covent Garden was incredibly well perceived by the audience. In addition, he has been contacted by a major broadcasting organisation to discuss further collaboration opportunities.

Paul Smyth, Disability Officer at RuTC, said: “Michael has already achieved a huge amount in the last couple of years – he has been on the BBC numerous times and has now played at Apple’s Covent Garden store, a stone’s throw away from the Opera House where he hopes he might perform one day.”

You can see the BBC Clip here