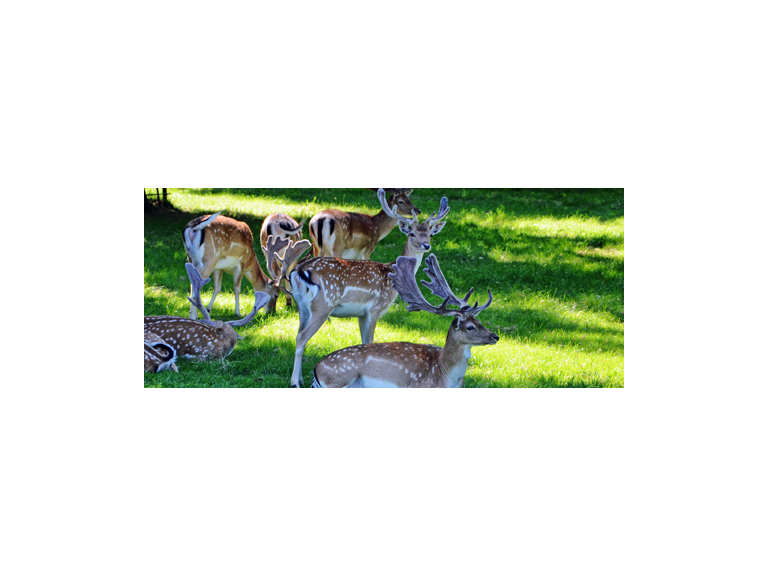 The Royal Parks is recommending dog owners who walk their pets in Richmond and Bushy Parks consider walking them outside the parks during the deer mating season.

Deer can feel threatened by dogs even over long distances and when the dog is not behaving in a provocative manner. This is particularly likely during the mating season, or rut, which begins in the next week and runs through to the end of October.

During the mating season, the Red stags and Fallow bucks compete for females. At this time, the large males roar, bark and clash antlers in a spectacular way in an attempt to fight off rivals and attract as many females as possible.

Perceiving dogs as a threat, deer may charge a dog and its owner. The presence of dogs may also disrupt the deer breeding pattern, impacting on the behaviour of the wild animals during the birthing season.

Recently, the number of owners choosing to walk their dogs in Richmond and Bushy Parks has increased considerably.

The Royal Parks is giving updated advice to owners choosing to walk their dogs in these parks where the numbers of incidents in which deer and dogs have been injured or killed, have also increased.

Although the number of serious incidents is relatively low, three deer deaths and two dog deaths this year, the new advice ensures dog walkers are aware of the potential risks of walking their pet in the parks at this time.

If you choose, at your own risk, to walk your dog in the park at these times, it is advisable to keep your dog on a lead and consider an alternative route, such as following the wall line of the park where you are close to exit gates. If pursued by a deer, let go of the lead. The deer are less likely to charge if the dog runs away from them.

The new advice also applies to when the young deer are born between May and July and are hidden by their mothers amongst the bracken and long grass. Females and their young are very vulnerable and sensitive to disturbance at this time.

Visitors coming to the parks without their pets are still advised to keep at least 50m away from the deer, never getting in between two deer and never feeding or photographing the deer at close range.

Simon Richards, Park Manager for Richmond and Bushy Parks, said: “Deer have roamed freely in The Royal Parks since 1529 when the parks were Royal hunting grounds. The gentle grazing of the Red and Fallow deer continue to shape the landscape and keeping the grassland open.

“Deer are wild animals though and can behave unpredictably. Observing their reaction and updating our advice to park visitors where necessary, is an important part of making sure everyone stays alert and safe, particularly during the mating and birthing seasons.”

To report an injury to a dog or a deer, please contact: