Hettie's Tearooms
Hettie’s Tearooms - based in Pitlochry, Perth and Kinross and is nationally recognised as one of the best tearooms. 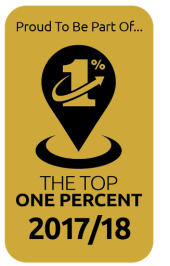 Hettie’s Tearooms, based in Pitlochry, Perth and Kinross , are an award winning tearoom that caters for over 75,000 customers each and every year.

They are famous for their cakes and amazing afternoon teas and they even blend their own tea - known as Hettie’s Loose Leaf Tea - which is shipped right across the world.

Hettie’s Tearoom started back in 2000, and it has gone from strength to strength ever since.
Hettie’s Tearoom is renowned in the local area as being in a great location and having kerbside appeal thanks to the mouth-watering cakes that are on display in the windows

The service you will receive at Hettie's Tearoom is impeccable. Most of the tour guides and coach driver recommend Hettie’s Tearoom as they knwo from first hand exeprience the quality of the products and cakes and the superb service that is guaranteed

The amazing flowers outside of the shop draw people’s eyes and once they see the cakes in the window they are hooked. Their stellar reputation nationally is also aided by what is now a growing international reputation.

The staff are personable and attentive and the entire location screams positivity and happiness. Everything in Hettie’s Tearooms is made to a high quality and you certainly will not be disappointed.

Hettie’s Tearooms have won a number of awards in recent years and were even a finalist for the Scottish Tearoom of the Year in 2015.

Leave a Review
Sign up for offers
Social Interaction
Latest Tweets
We need your approval to show you feed from Twitter.
Accreditations

Member of The Top 1%
Have you seen...?
Call
Website
Email
Review
By clicking 'ACCEPT', you agree to the storing of cookies on your device to enhance site navigation, analyse site usage, and assist in our marketing efforts.
For more information on how we use cookies, please see our Cookie Policy.