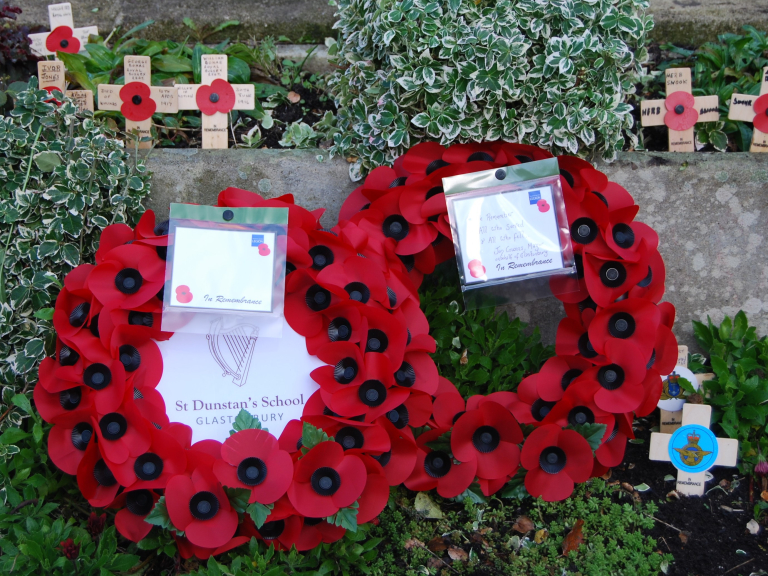 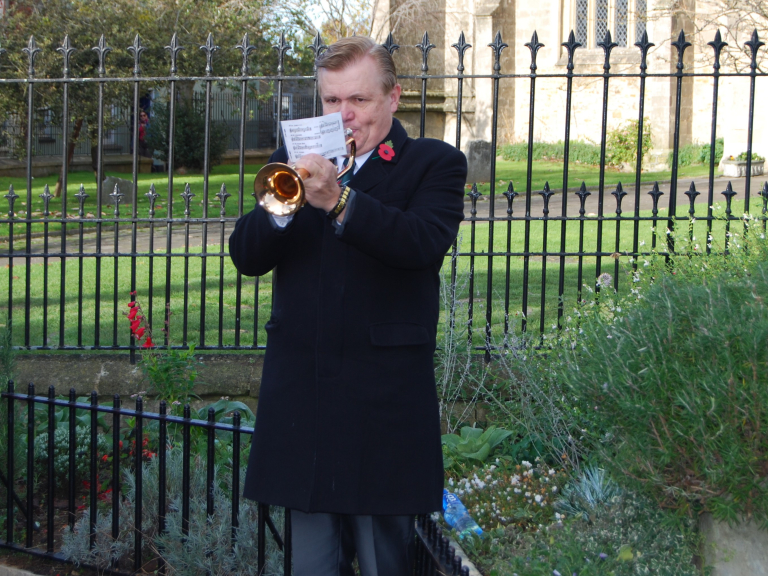 The crowds fell silent and the traffic stopped alongside the war memorial at 11am this morning outside St John the Baptist church on the High Street in Glastonbury.  Civic leaders, the clergy, children from St Dunstan's School and the general public remembered the fallen of two world wars and subsequent conflicts involving servicemen and women.

Two poppy wreaths were laid at the base of the memorial, one by the children of St Dunstan's School and the second by Jon Cousins, Mayor of Glastonbury, on behalf of the people of the town.

As the clock reached 11, a lone trumpeter played The Last Post and all those present, fell silent in respect for those who lost their lives.