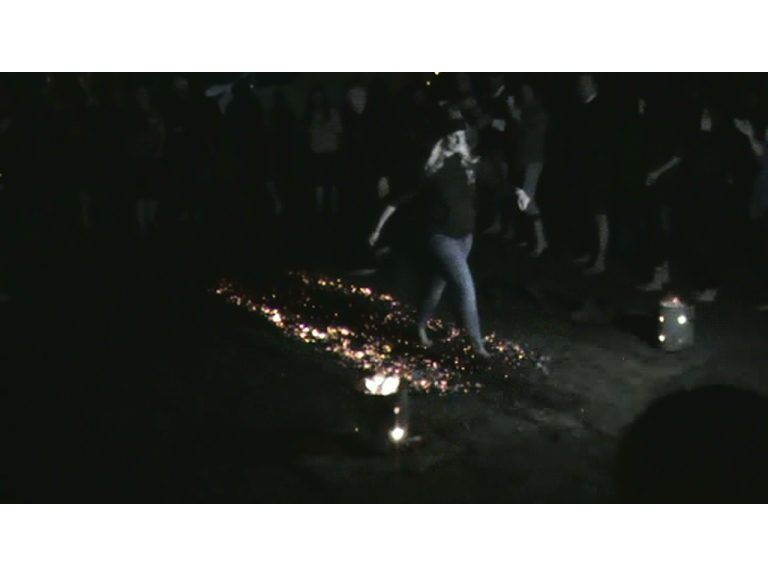 SOS Africa held their sponsored firewalk on Saturday the 12th November 2016 at Frome College, raising a total of £6,000.

The courageous volunteer firewalkers each had to raise a minimum of £100 in sponsorship which will be used to enable the charity to build a new classroom for after school care and remedial support in Somerset West, South Africa.

After a wet day in and around the Frome area, the rain and drizzle stopped just in time around 6:30pm for the firewalk preparations to begin.  A 20 foot long collection of wood was set alight and allowed to burn ferociously for the best part of an hour before burning down to red hot embers, which at temperatures in excess of 700 degrees must have made a number of the volunteers wonder what they had let themselves in for.  Friends and family, both young and old, were on hand though, to offer support and to witness the bravery of those taking part.

Undaunted by the hot red embers, the firewalkers assembled and one by one took their turn to walk, or in some cases scamper, across the glowing remains of the fire.  There were no last minute opt outs and upon completion of each firewalk, there were both looks of relief and great joy on the faces of the walkers.  Truly an amazing accomplishment.