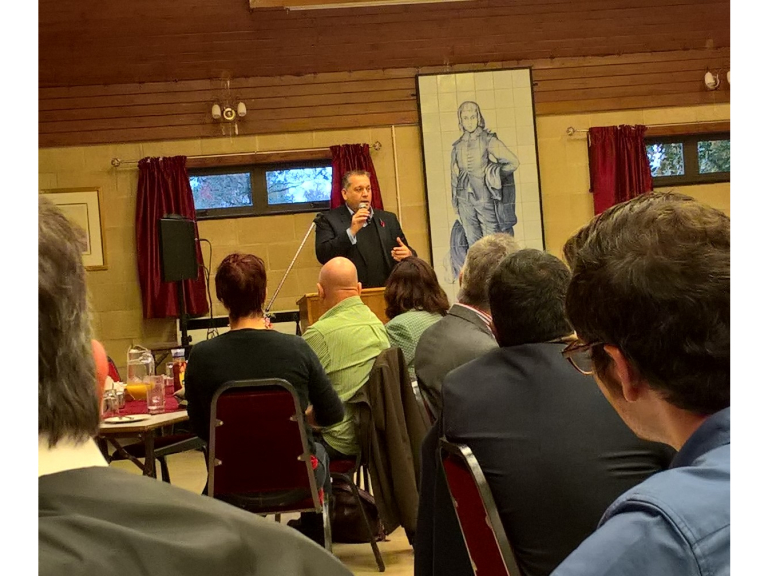 Over 30 businesses gathered this morning at The Standerwick Suite, Frome Market to listen to a keynote speech from Somerton and Frome MP David Warburton.  The speech focused on current government policy towards business and how the government can better encourage growth in the South West.

Areas such as the proposed improvements to the A303, broadband speeds, mobile phone coverage, transport infrastructure and of course the impact of Brexit on businesses in and around Frome were discussed.  The latter was a hot topic of debate following yesterday’s ruling in the High Court that parliamentary approval is required for the formal process of Britain leaving the EU.  Already Frome’s businesses have seen the impact of Brexit with the resultant fall in the value of pound on the foreign exchange markets.  This has led to many experiencing increases in the cost of goods that they need for their day to day business.  Mr Warburton, having previously worked in the financial markets, said his expectations were that the dramatic fall in the value of the pound would see a partial reversal over time, as the Brexit process moves forward.  He did however highlight the benefit the fall in value has made to local exporters, with UK manufactured goods and services now being cheaper for overseas buyers.

After the speech, the attendees were able to discuss the topics raised and network with their fellow business owners.

The event was organised by Frome Town Council, Frome and District Chamber of Commerce and AM Personnel’s Mairi Connelly.  Frome Business Breakfast sessions are held monthly and are open to all local businesses and community enterprises.