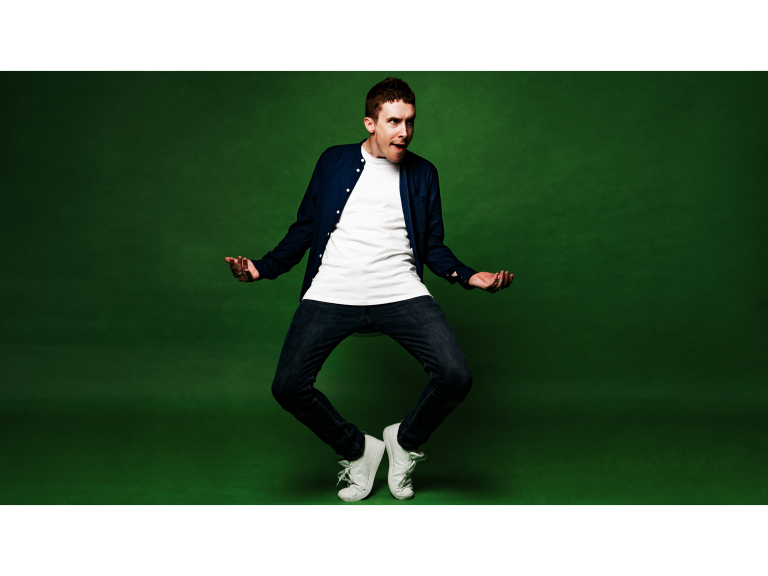 Chambers Touring is delighted to announce that Larry Dean will be taking his brand-new show Fudnut on a tour of the UK and Ireland in Autumn 2020 – Spring 2021.

Double Edinburgh Comedy Award-nominee and star of BBC2's Live At The Apollo Larry Dean returns with Fudnut, a brand new hour of "confessional storytelling at its funniest" (Herald ★★★★★). Fudnut is Larry's fifth solo show and the follow up the Bampot, which was nominated for the Edinburgh Comedy Award for Best Show in 2018.

About Larry Dean
Larry Dean is an award-winning comedian and writer. Larry was crowned Scottish Comedian Of The Year when he was 23, and since then his star has continued to rise. His 2015 debut Edinburgh Fringe show Out Now! received widespread critical acclaim and a nomination for the Foster's Comedy Award for Best Newcomer. Larry brought the show for a run of packed-out performances at London's Soho Theatre and on to the Melbourne International Comedy Festival where he was one of the standout acts on the Allstars Supershow Opening Night Gala.

In 2016, Larry was invited to join the line up on Laugh Out Loud with Kevin Hart at the prestigious Montreal Just For Laughs Comedy Festival. He then returned to Edinburgh with Farcissist, for which he won the Amused Moose Comedy Award for Best Show. Larry subsequently took Farcissist on a UK-wide tour and for a run at the 2017 Melbourne Comedy Festival. Fandan, Larry's next show, enjoyed a sold-out run at the 2017 Edinburgh Fringe and became one of the British Comedy Guide's Top 10 Best Reviewed Shows. Larry also performed the show at Christchurch Buskers Festival and Perth Fringeworld in February 2018 ahead of a sold-out UK tour and a stint at the Melbourne International Comedy Festival.

Later in 2018, Larry took new show Bampot to the Edinburgh Fringe, receiving another raft of four- and five-star reviews and a nomination for Best Show in the Edinburgh Comedy Awards. Bampot then enjoyed a tour of packed out houses across the UK and Ireland.

Alongside his live work, Larry's broadcasting career continues to go from strength to strength. He has performed on BBC1's Michael McIntyre's Big Show, BBC2's Live at the Apollo and Mock The Week and Comedy Central UK's Roast Battle. Larry has also appeared twice on BBC Presents: Best of the Edinburgh Festival, perfomed stand-up on Live From the Comedy Store for Comedy Central UK and been on ITV2's Elevenish and BBC Radio 4's Don't Make Me Laugh.