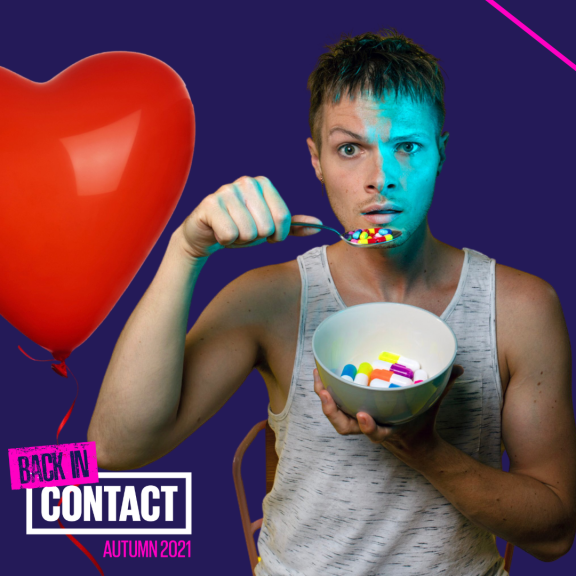 A show about staying positive in a negative world Conceived, written and performed by theatre-maker and HIV activist Nathaniel Hall (It’s A Sin), First Time smashes through the stigma of HIV.

Can you remember your first time? Nathaniel can’t seem to forget his. To be fair, he has had it playing on repeat for the last 15 years.

Now the party is over, the balloons have all burst and he’s left living his best queer life: brunching on pills and Googling kangaroo vaginas, ancient condoms and human cesspits on a weekday morning… or is he?

Join him as he blows the lid on the secret he’s been keeping all these years.

The show accompanies Nathaniel’s continued activism to break down the stigma associated with the disease through talks, participatory projects, education and outreach.

Through First Time, Nathaniel and Dibby Theatre are radically changing public attitudes to HIV. Blending arts with health and education, the show never feels like a lecture but packs a punch in its messaging.

Each performance features a post-show discussion, with special guests. Please refer back to this page for updates over the next few weeks.