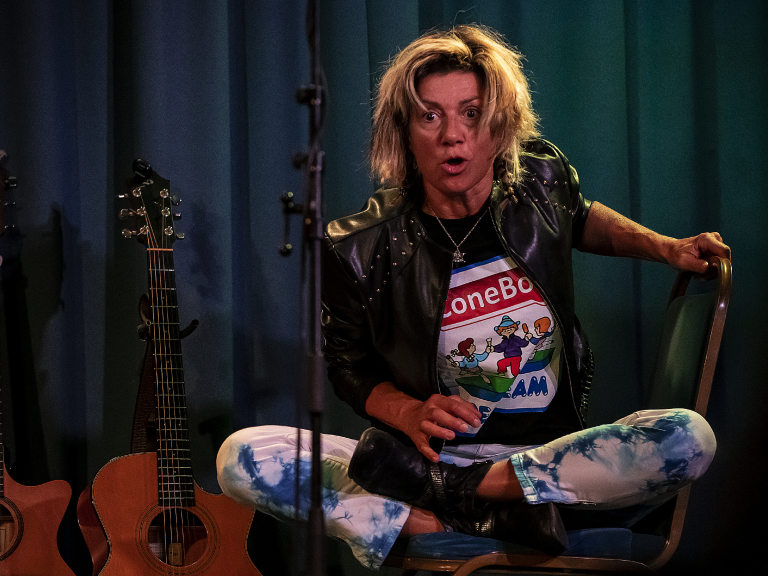 i
Based on the latest Government guidelines, some events may be postponed, cancelled or taking place online. Please check with the organiser for the latest info.
ConeBoy
ConeBoy

The punk-rock musical... A boy is made a star due to his appearance, but the poo hits the fan... obviously.. https://twitter.com/ConeBoy_zone

ConeBoy is the eclectic rock ‘n’ talk show, a cutting take on the media from the 70's to now, via the lens of a boy made famous because of his appearance. A funny and poignant tale told via a mash-up of music, spoken-word and drama.

From writer and performer Clive Parker-Sharp who was at the forefront in the UK punk movement, with pioneering bands Spizz Energi, Athletico Spizz 80, The Members, a founder member of 80's rockers Big Country, and also Jesus and Mary Chain spinoff The Expressway .

As an author he brings his second novel alive, the semi-autobiographical ConeBoy, in a punk musical, with collaborator, actor / singer Marshall Star. A book event like no other!  Shows at 3 pm & 8 pm, plus Q&A and book-signing.