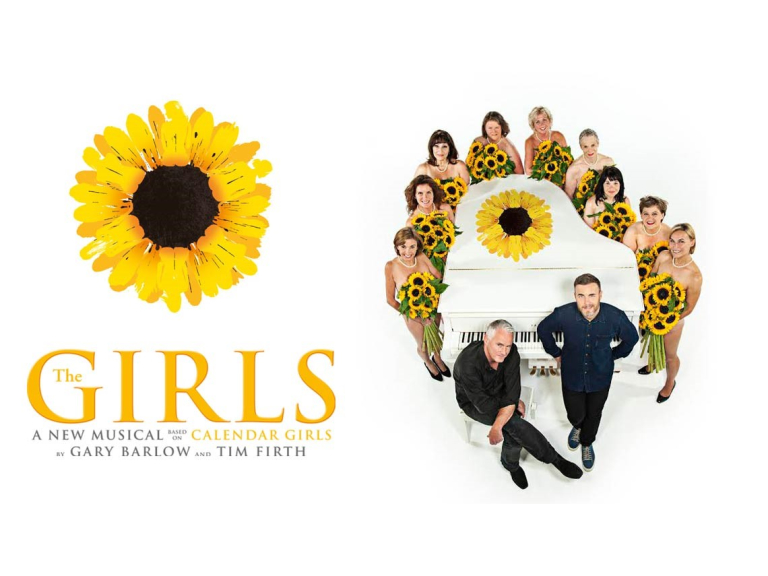 The musical written by Tim Firth and Gary Barlow, is based on the story of the women of the Rylstone Women’s Institute who turned misfortune into millions when they stripped off for a calendar that raised millions of pounds and started a legacy that would inspire women all over the world. Firth originally made it into a movie in 2003 and now into a stage performance.

Firth has done it again by creating a cast of women with the attention to detail that elevates the characters from caricatures and into real life women that every woman can identify with in some way. The fineness of the script brings a woman that turns to her “Russian friend” to cope with her abandonment from her husband, a former teacher that has lost all confidence in her body as the years creep up on her, a single mother that struggles with being both parts of a parental pair to her teenage son and a woman dealing with the tragedy of losing her soul mate. These are small parts of what makes the heart of this musical so pure and makes us all believe in the power of true friendship, with which we can overcome adversity.

At the core of the story is the forty year in the making friendship of Annie and Chris. The role is completely inhabited by Joanna Riding as Annie and Claire Moore as Chris. You do not believe for one second that these two are not best friends. Even in the smallest of moments, the chemistry between these two would convince anyone that they really have been friends for life. It is ultimately the strength of their friendship that is responsible for most of the water works throughout the show.

Now we all know that Gary Barlow knows how to write a hit as the main song writer for Take That. In this case his music fits perfectly with Firths script. The songs are subtle and not overbearing while fitting with the northern culture. Generating the idea that Yorkshiremen can and will just break out into these melodies. The swing inspired Who Wants a Silent Night? and the surprisingly moving What age Expects join So I’ve Had A Little Work Done is a complete expression of why this musical will be such a success.

All three songs bring to mind the female empowering, west end hit, Chicago. This is especially clear when Vivien Parry as Celia strides across the village hall chairs admitting she’s ‘Had a Little Work Done’.

Barlow and Firth have joined the ranks of great musical writers by adapting a story with such heart and soul that it will easily be a huge success and will inspire women power for years to come.

The set alone is more than enough reason to see the show as the beautiful Yorkshire countryside is recreated in a spectacular way. The direction, by Roger Haines is fun and energetic in a way that you would think the cast are a bunch of teenagers, and on that note the younger members of the cast are clearly there to keep an eye on as they are stars born in the theatre.

The Girls is a ground breaking show that brings the northern soul and humour to life and will have you doubled over in laughter while reaching for your tissues. It’s something else for Yorkshire to be proud of.

The Girls Musical will be running at the Lowry theatre twice a day until the 30th January 2016.

All views are my own.