Take me back to Manchester
Gallery 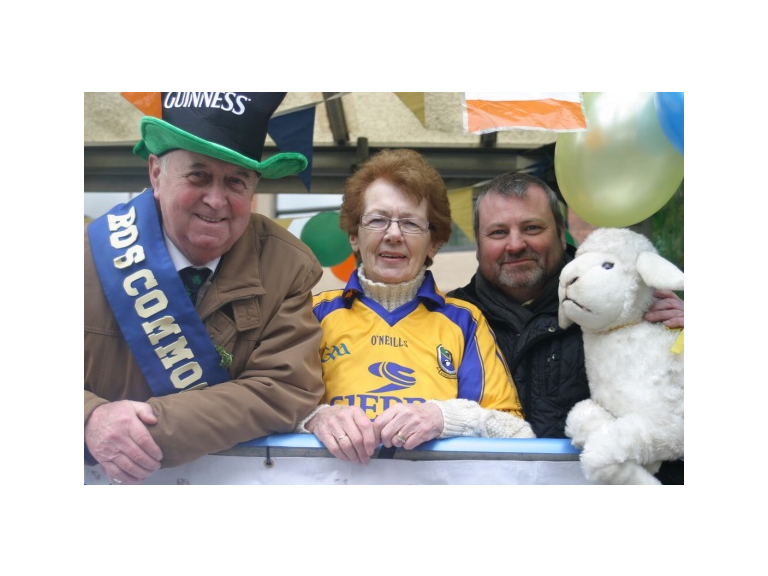 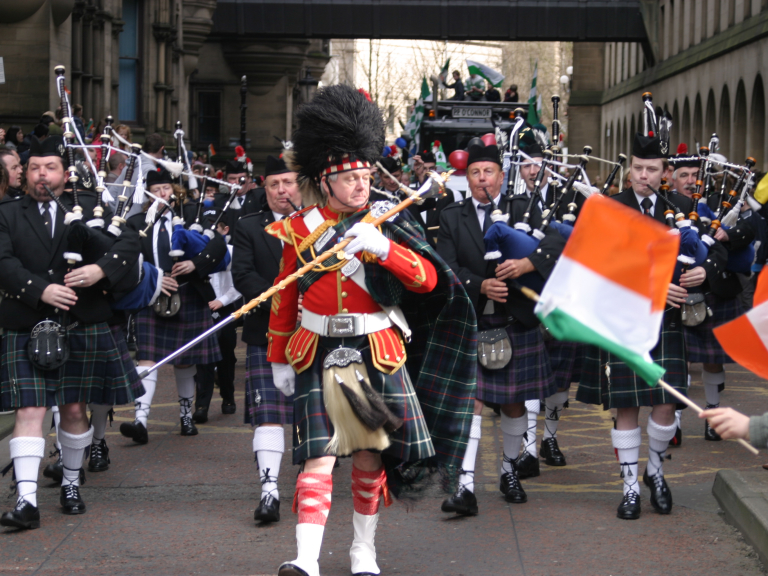 This years 2016 Manchester Irish Festival is now well under way, the two week 17 day festival runs right through to Sunday 20 March. This week end we are celebrating the St Patrick's Parade which will take place on Sunday 13 March in Albert Square.
With over one hundred and fifty Irish Art, Comedy, Dance and Music events to choose from there is something for everyone to enjoy. We have tried to pick the top ten highlights of the Parade weekend, but feel free to view all the festival events listed in full on the 2016 Events page.
The top ten must see events if you manage to get hold of a ticket are as follows:
1.Thursday 10 March
'1916 - The Risen Word'
A commemorative performance by Manchester Irish Writers in drama, poetry, stories and music reflecting and inspired by the history and archival material of 1916 Easter Rising.
The Irish World Heritage Centre
Admission : £5  Tel: 0161 205 4007
email: rose.morris@gmail.com
2.Thursday 10 March
Manchester Irish Festival Comedy Night with Fr Ted star, Kevin Gildea
Fr Ted star, Kevin Gildea will be returning to Levenshulme to headline Fred's Comedy Club in Fred's Ale House. The event is hosted in the first floor Comedy Club at the venue. The Irish Comedian who was brought up in Levenshulme but has lived most of his life in Dublin is to make a welcome return to his roots for this special one off event.
There are five comedians in the line-up for just a fiver in this special night of Irish comedy sponsored by Guinness. The main support is from  Aideen McQueen, with Andy Kind as the compère Andy Kind and two rising Comedy stars in Kieran Lawless and Rob Coleman performing the warm up.
£5 Advance tickets can be purchased directly from Fred's Ale House or online www.fredsalehouse.com
Freds Ale House, 843 Stockport Road Levenshulme, M19
3.Friday 11 and Saturday 12 March
Chorlton Irish Club, Chorlton
Chorlton Irish Club’s popular Carousel sessions hosted by the award winning flute and pipes player Mike McGoldrick have flown over Brid Harper and Tony O’Connell to stage a special concert on the Friday night. Fiddle maestro Brid Harper will then host a special fiddle workshop on the Saturday to pass on her skills.
More info via www.chorltonirishclub.co.uk
4. Friday 11 March
BBC songwriter, Claire Mooney celebrates her record breaking 100th song on the BBC by staging a special Guinness sponsored Tradfest concert.
Fred's Ale House, Levenshulme, Doors 8pm, £5 Adm www.fredsalehouse.com
5.Saturday 12 March
St Patrick's Ball in aid of The Good Life Orphanage
This inaugural Black Tie Event, features a Champagne reception, along with a 3 course meal. Entertainment by D.J & Compere Scott Welsby, AKA 'Garth Brooks'. Plus Irish music by fiddle player  Richard Sanderson & Commotion, plus The Tara CCE band, The Fianna Phadraig Pipe Band and a very special secret Irish Dance display.
The Monastery Manchester, Gorton Lane, Manchester, M12 5WF.
Tables for 10 people @ £650.00 or £65.00 pp
All enquiries regarding Table bookings: Please contact: catherine.ogara@btinternet.com
For more information about the orphanage visit their website www.thegoodlifeorphanage.com
6. O'Briens Irish Entertainment Tent in Albert Square, starts in earnest on Thursday 10 March and runs right through to Saturday 19 March with Live entertainment from 12 noon each day.
7. Manchester Irish Festival Market in Albert Square and St Anne's Square from Thursday 10 March to the Parade Day on Sunday 13 March
8.  The Sligo based award winning Celtic Blues Rackhouse Plifer headline a special Post Parade Party at the Chorlton Irish Club
9.  St Patrick's Day Parade Mass at 9.30am at the Irish World Heritage Centre
10. St Patrick's Day Parade starts at 11.30 am at the Irish World Heritage Centre and arrives in Albert Square around 1pm
The party continues right through to St Patrick's day on Thursday 17 March with a host of events carrying in right through to Sunday 20 March when a vintage tractor run will take place in South Manchester. 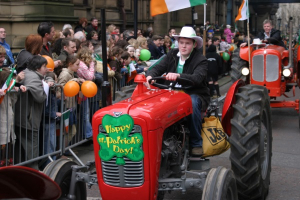