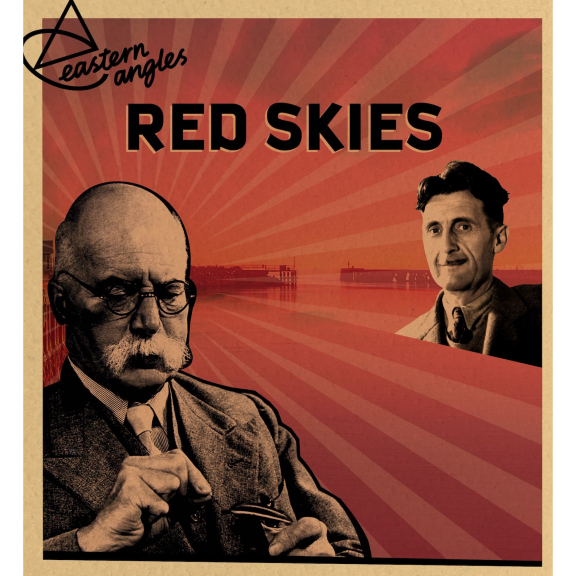 Eastern Angles spring tour What might have happened if George Orwell and Arthur Ransome had met? Find out in Eastern Angles Spring 2020 Tour.

Red Skies features two of Suffolk’s most famous residents: George Orwell, who took his name from the Ipswich river, and Arthur Ransome, who was resident on it, and asks what would have happened if they had met? It starts in Southwold Harbour just before the outbreak of war. where Orwell’s father was dying and Ransome, along with his wife Evgenia, were sailing out of Pin Mill. Orwell is about to write Animal Farm and intrigued that Ransome is married to the former secretary of Russia’s revolutionary leader, Trotsky. With Orwell’s suspicion of spies and the Ransomes inability to explain how they got out of Russia after the revolution, sparks could fly. The show follows their two stories over 20 years, when all three are in search of answers, political and personal.