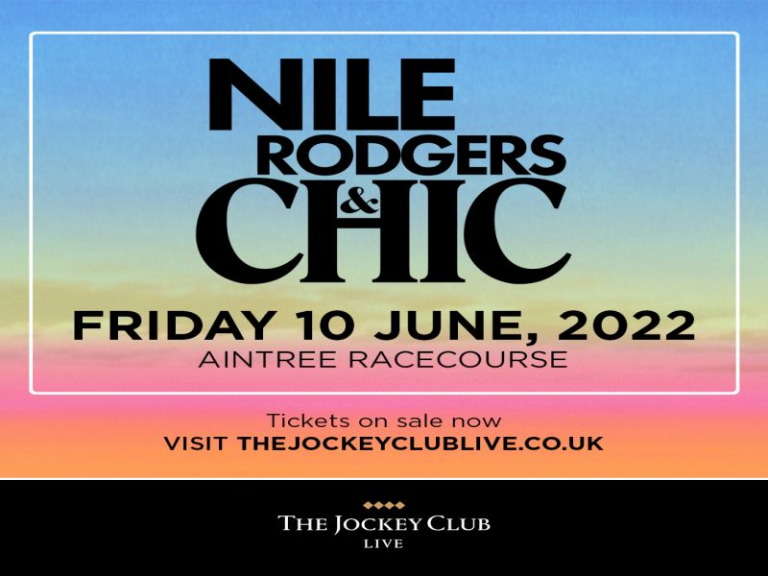 Nile Rodgers and CHIC will be headlining after an exciting evening of racing on Friday 10th June 2022!

With over 200 production credits to his name, expect to hear some of the biggest pop hits from the last four decades when Nile Rodgers and CHIC headline after an exciting evening of racing.

Nile Rodgers said:
"Over the last few years we've really enjoyed playing for The Jockey Club Live as it's always an amazing and festive atmosphere that's perfect for CHIC music. It's disappointing that we won't be able to play in June due to Covid restrictions but we can't wait to see all of our friends for good times in 2022!"

Nile Rodgers' talent and his honorable legacy is nothing short of extraordinary, having won multiple GRAMMY awards as a composer, producer, arranger and guitarist, he consistently challenges the boundaries of modern music. As co-founder of CHIC, and the Chairman of the Songwriters Hall of Fame, Rodgers pioneered a musical language that generated chart-topping hits like "Le Freak" and sparked the advent of hip-hop with "Good Times".

Collaborating with some of the most illustrious artists over the years, his revolutionary productions for the likes of David Bowie (incl. 'Lets Dance'), Diana Ross (incl. 'Upside Down', 'I'm Coming Out') and Madonna (incl. 'Material Girl', 'Like A Virgin') have sold over 500 million albums and 75 million singles worldwide while his influential collaborations with Daft Punk, Avicii, Sigala, Disclosure and Sam Smith reflect the vanguard of contemporary music.

With a chart topping music career spanning four decades, fans can expect to hear some of the most acclaimed and much-loved pop anthems of all time. Nile Rodgers and CHIC are sure to put on a performance truly like no other.