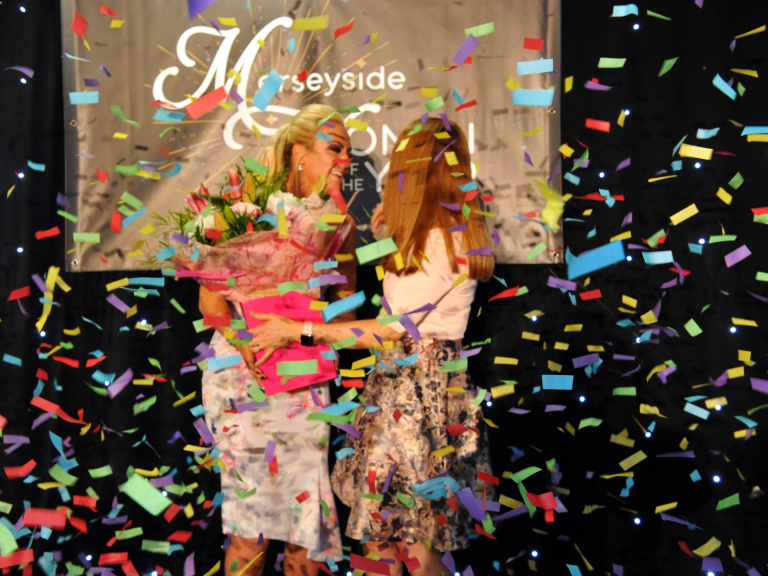 Organisers of the Merseyside Women of the Year 2019 have paid tribute to the “truly inspirational” winner of the awards’ top prize, after she tragically passed away the day before the ceremony.

Mia Austin, 30, from Heswall, was posthumously named Merseyside Woman of the Year 2019 andInspirational Woman of the Year on Friday 28th June at the annual awards ceremony, which celebrates the region’s unsung heroines. 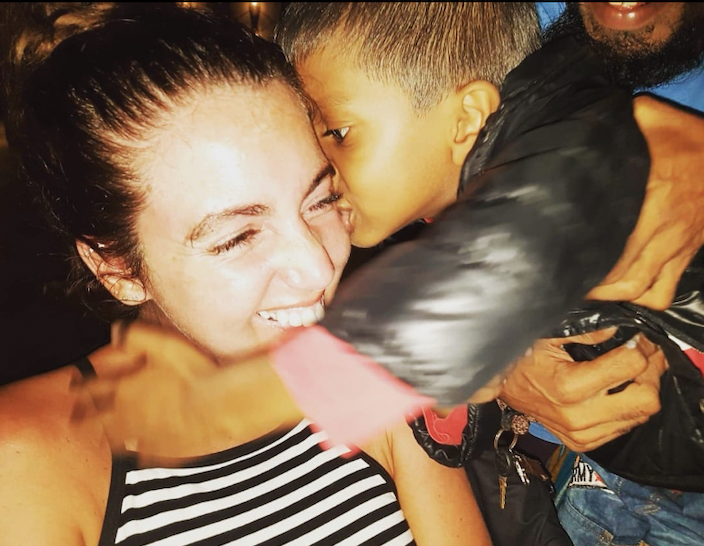 Ahead of the awards presentation at the Crowne Plaza Liverpool City Centre, Mia’s family asked that the ceremony be celebrated with its usual joy, humour and enthusiasm. They also asked that Mia’s accolade be passed on to the first runner up in the public vote for Merseyside Woman of the Year, so that the it could be used to do good in the region.

After the winner’s announcement, two of Mia’s friends took to the stage to accept the award on Mia’s behalf, before Collette McCann, from headline sponsor Michael W Halsall Solicitors, returned to reveal the second runner up as Victoria Charlton and first runner up and 2019 Co-Merseyside Woman of the Year, Laura Hughes.

A spokesperson for Mia’s family said: “Mia would not want the other finalists to be sad. She would want them to celebrate how wonderful and inspirational they all are. She would also want to make sure the platform that being Merseyside Woman of the Year provides would be used to do good things in our region, which is why we are delighted to pass on that mantle to Laura Hughes.

“Mia was so excited to be a finalist in the MWOTY awards and she campaigned hard generate public votes. She wanted win so she could raise more awareness about the issues close to her heart and to extend her charity work. It is obviously a very sad time for us, but we are so happy that she succeeded in her efforts and we wish Laura the very best of luck in role as co-Merseyside Woman of the Year.”

Mia’s life had been turned upside down when she had a stroke at the age of 21. She was left with ‘Locked In Syndrome’, a medical condition that damages part of the brainstem, paralysing the body and most of the facial muscles. Despite having this life-changing condition, Mia refused to give up and focused on living her life to the fullest, while also helping others.

She continued to travel and undertook lots of charity work, including sleeping out on the streets of Liverpool to raise money and awareness of homelessness. She even travelled to Africa to support communities, visit orphanages and schools and deliver donations of stationery and toys. Her story captured the admiration of the public when the shortlist was announced, winning the public vote and title of Woman of the Year with 2,451 votes – the largest number of votes for one finalist in the event’s 16-year history.

The accolade of Merseyside Woman of the Year comes with a year of support and guidance from the MWOTY network, including membership to the Mayoral 100 Club, provided by the city’s Mayoral Club.

In line with Mia’s wishes, this opportunity will now be passed on to Laura Hughes, anti-knife crime campaigner and the sister of Colin McGinty, who was brutally stabbed to death in a shocking case of mistaken identity in 2001. 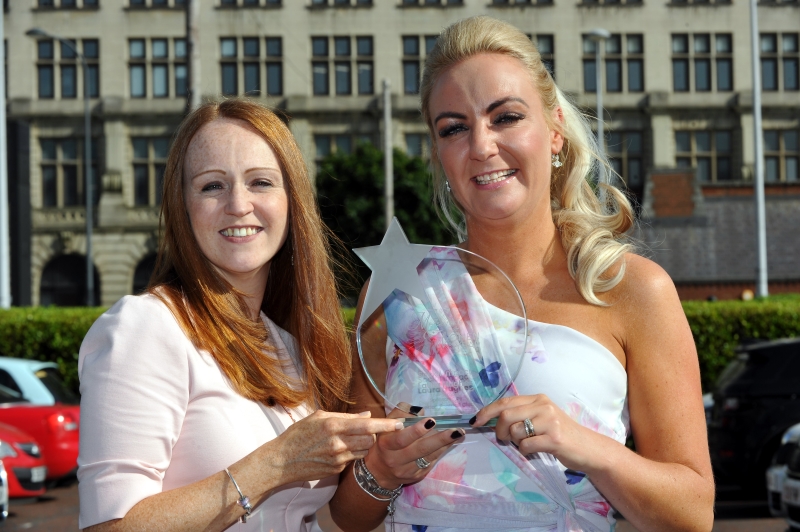 Co-merseyside Woman of the Year Laura Hughes with Collette McCann

My brother should be here with us, he should be celebrating his 40th birthday, but unfortunately he can’t be which is just so sad. I am confident that my team and I can continue to raise awareness of our message and also the campaigns that were close to Mia’s and her family’s heart. This Sunday [30thJune 2019] our team took part in the Southport half marathon and we dedicated this run to Mia and her family.”

Collette McCann, from Michael W Halsall Solicitors, added: “Mia was a truly inspirational young woman and a deserving winner of the title ‘Woman of the Year’. We were heartbroken to hear of her passing and wish to extend our deepest sympathies to her family, friends and loved ones.

“She did so much for so many people in her short life, despite the enormous challenges that she has faced personally. We can all learn so much from her strength, determination, courage and compassion. The decision to pass opportunity on to Laura Hughes demonstrates clearly just how much she embodies the MWOTY spirit.

“Laura’s work fundraising and campaigning to stop young people carrying knives is vital and her passion and determination is inspiring. We are sure that she will do Mia proud and use the opportunity to make real change in Merseyside and beyond.”

The day was filled with tears, laughter and stories of the kindness, resilience and determination of women across Merseyside, as the winners and runners up of the 12 categories were announced:

Second runner up was Victoria Charlton, owner of Complete Works dance school, whose building was destroyed in the 2016 New Ferry blast. She was recognized for selflessly focusing on the welfare of the children in her care after the incident.

Runner Up - Kelly Stokes, the founder of the For Ava Foundation

Winner - Karen Bennett, CEO at Enterprise Credit Union, a financial cooperative with its roots and values in the local community

Winner - Laura Hughes, the sister of Colin McGinty, who was brutally stabbed to death in a shocking case of mistaken identity

One to Watch award sponsored by Curtins

Winner - Pam Smith, 77, one of the first Yoga teachers in Merseyside who  has been teaching Yoga full time for 50 years this year

Winner - Christine Allen, the leader of a unique and vibrant supporting housing provision that has impacted the lives of 500,000 over a 33-year-career

Winner – RASA, which has worked tirelessly for 35 years to support victims of rape and sexual abuse

Runner Up - Refugee Women Connect, a grassroots, women only charity set up to support women asylum-seekers, refugees and survivors of trafficking

Winner - Debbie Layfield, who uses her personal experiences to inspire and help other cancer sufferers and their families

Winner - Karen Harper, Community Champion and advocate for the Croxteth park area and the inspiration behind The Rhys Jones Foundation

Runner Up - Maureen More & Margaret Grundy. A duo who go out of their way to help people in their local community

Runner Up - Margot Walker, partner in a family-run firm of pawnbrokers that has survived for 100 years

Speaking after the ceremony, Ellen Kerr from the Merseyside Women of the Year Awards, said: “Today’s event has been tinged with sadness following devastating news about Mia, but we hope that her posthumous awards can been seen as a celebration and acknowledgement of her life and incredible work. Her determination and kindness is an example to us all.

“Mia embodied the spirit of the Merseyside Women of the Year awards and proved that no matter what life throws at you, you can achieve anything if you put your mind to it. That and her generosity in passing on the opportunity to Laura will be her legacy. She will forever be part of our MWOTY family.

“We will continue to be in touch with Mia’s family and we will do whatever it can to support them at this difficult time.”

Fellow event organiser, Jean Gadsby, added: “We would of course like to offer a huge congratulations to Laura Hughes and all of the other winners and finalists who have made this day so special. Each and every one of you are a star and we are proud to know you all.”

Issued for & on behalf of MWOTY by Auteur Media