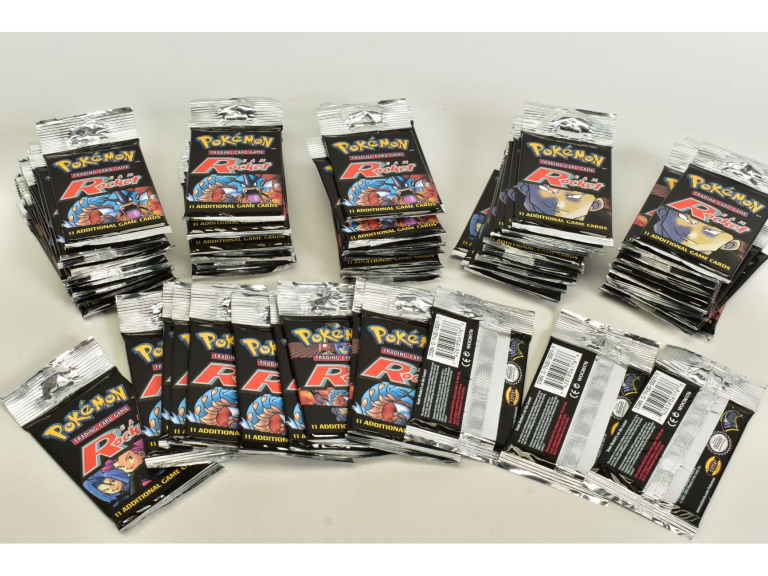 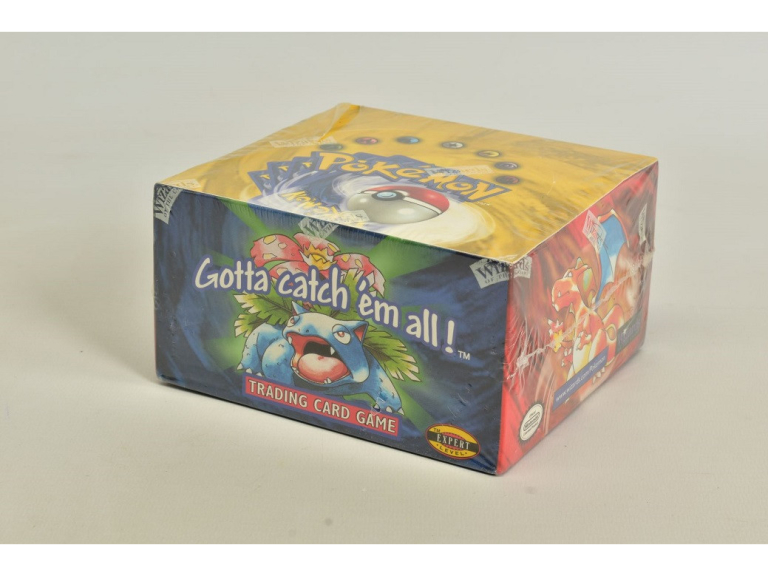 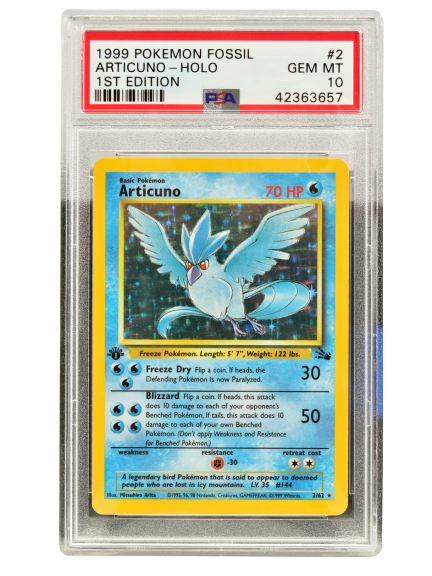 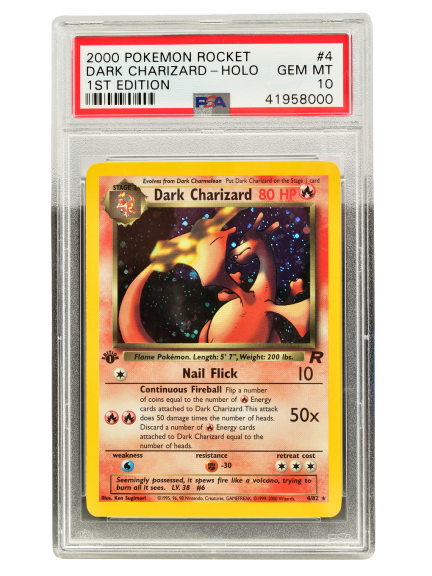 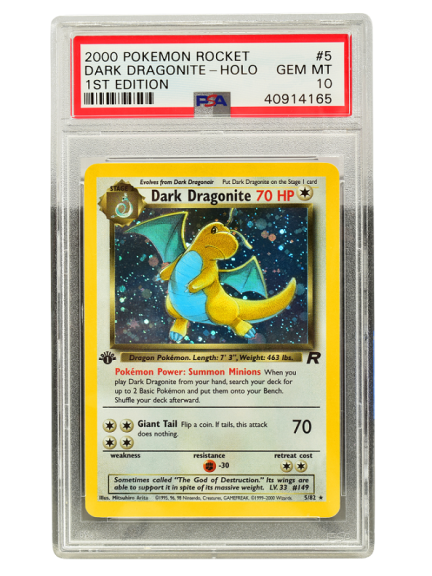 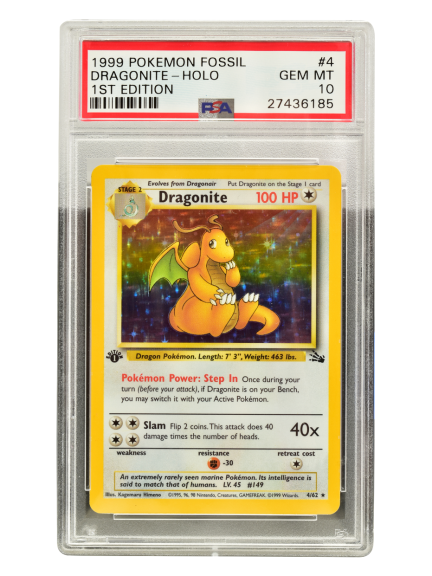 Richard Winterton Auctioneers is launching a special timed sale featuring some of the finest collectable Pokémon trading cards in the world and total hammer prices are anticipated to realise £100,000.

The 25th anniversary of Pokémon falls on February 27; Richard Winterton’s international timed auction will be live from 9am GMT on Wednesday, February 24 until 10am GMT on Monday, March 8. To join in the fun follow this link. You can also view the entire catologue.

The sale consists of 42 lots including: 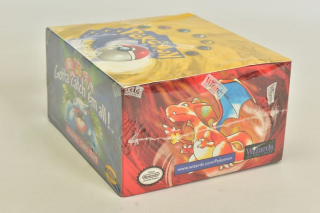 The family firm has become a go-to place for Pokémon, with recent collections of cards fetching thousands at auction.

This latest sale is set to be the company’s biggest Pokémon auction yet.

“Pokémon is quite simply a global sensation and the ultimate ‘new’ collectable,” said auctioneer Richard Winterton.

“As the sale ties in with the 25th anniversary we expect huge interest across the globe, especially collectors in Japan, China and the USA.

“This is the hottest Pokémon ticket in town and we are super excited to be in on the action.”

The timed auction will be managed from The Lichfield Auction Centre at Fradley Park, Staffordshire, UK.

The sale starts to close from 10am GMT on March 8 – that will make it 7pm in Japan, 6pm in Hong Kong and China, 3.30pm in India, 5am in New York and Washington, 4am in Chicago, 3am in Denver, 2am in San Francisco and midnight in Hawaii.

Mr Winterton added: “We have organised a timed sale rather than our more usual live auctions so as to enable bidders from all over the world to get in on the action.

“We’ve also carefully timed the closing of the sale to ensure it falls on the same date and at as convivial a time as possible for bidders!”

From beginnings as a simple trading card game, the past few decades has seen Pokémon evolve into a serious collector’s business.

The rare and highly sought-after PSA Gem Mint 10 grade certifies that the card is in perfect condition.

The Richard Winterton sale features around 740 cards so graded, including 1st editions and promo cards, securely sealed in PSA plastic cases with cellophane outer sleeves, plus several hundred others in very good condition and encased in plastic sleeves and folders. 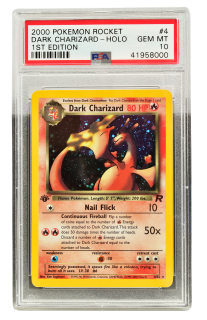 These cards are all being marketed on behalf of a collector from the Cannock area.

And never has condition been so crucial.

Jon Price, toy specialist at Richard Winterton Auctioneers, said: “The fact that these cards are PSA Gem Mint 10 graded massively increases their value and is particularly important in America.

The timed auction also has a real air of mystery thanks to the presence of 70 sealed Team Rockets booster packs, each containing 11 cards, and an unopened Base Set Booster Box from Wizards Of The Coast, still enclosed in its WOTC branded cellophane.

Mr Price added: “The Booster Box is sealed in the original wrapping and because it’s unopened no-one knows for sure what’s inside.

“Certainly, very few of these remain sealed and that gives this particular lot a real element of mystery!”

Richard Winterton Auctioneers is already planning another online-only timed auction focussing on Pokémon to run from May 6 until May 19, with further entries needing to be consigned by April 23.

Mr Winterton added: “Pokémon may be a lot of fun but it’s also a very serious business for collectors who are prepared to hunt all over the world for that special card and will invest thousands and thousands of pounds to secure it.”

For enquiries, telephone 01543 406124 or email office@richardwinterton.co.uk.

The auction includes 70 sealed Pokémon Team Rockets booster packs with four different packet artwork designs, each unopened pack containing 11 cards. They are expected to sell for between £15,000 and £18,000.

This Pokémon Base Set Booster Box from Wizards Of The Coast has never been opened and is still enclosed in cellophane branded with the WOTC rectangular logo. This box is the version with the blue-winged Charizard on the side and is marked as being made in the USA.

Lichfield auction's riveting reveal on what makes a watchmaker tick