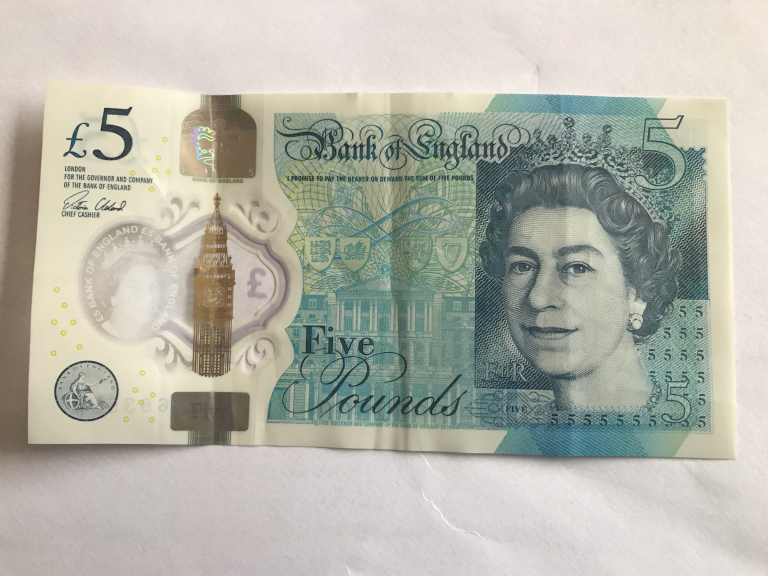 Gosh when I was young I used to whine at my mum “But it only cost a fiver!!” That was my way of saying something was cheap, and my mum was never impressed with my total lack of respect for her budget.  Well as of midnight today, Friday 5th May, our beloved old £5 is no longer legal tender. It has been replaced with the shiny new polymer (plastic feeling) £5 note that came into existence last September.

I don’t know about you, but I don’t think I have seen an old £5 in 2017 at all, but apparently, there are some 150 million of them still floating around.

Of course, some of us are keeping just one for a souvenir, maybe even thinking it will be of some value one day in the future. I wish I had been that smart as a souvenir would have been nice.  But one day it was between spending it and I think a lovely looking cake, and obviously, the cake won - but I digress. J

But no worries, if you still find a £5 in the days to come, just take them along to your bank, building society or local post office and they should be able to exchange them for you.  And as a last resort the Bank of England will always exchange notes.

And if you are in a store and a cheeky person behind the till tries to give you the old £5 as part of your change, you can legally and rightfully ask them to exchange for a new £5 or coins of equivalent value.

It is not just the £5 that is receiving a new look.  We shall receive new polymer versions of £10 and £20 soon.  In Summer the new £10 note featuring Jane Austen will be unveiled, with the actual money hitting the streets sometime in the Autumn, and the £20 note will disappear in 2020 with the new one featuring British Painter JW Turner.  No plans for a new £50, but we should expect this to come along at some point.

Yes it is true... free insulation