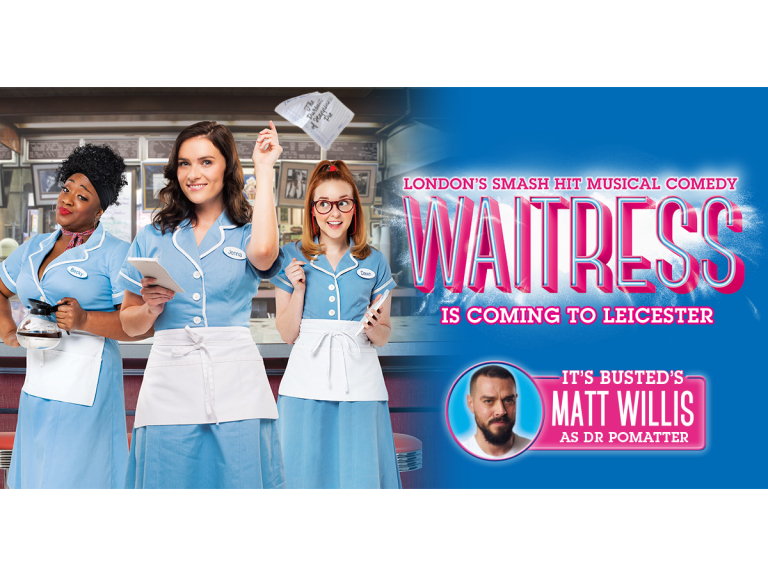 i
Based on the latest Government guidelines, some events may be postponed, cancelled or taking place online. Please check with the organiser for the latest info.
Waitress
Waitress

Meet Jenna, a waitress and expert pie-maker who dreams of some happiness in her life. When a hot new doctor arrives in town, life gets complicated. With the support of her workmates Becky and Dawn, Jenna overcomes the challenges she faces and finds that laughter, love and friendship can provide the perfect recipe for happiness.

Brought to life by a ground-breaking, female-led creative team, this ‘warm, witty, wise and hilarious’ (EXPRESS) hit features ‘one of the best scores in years’ (THE STAGE) by the Grammy award-winning Sara Bareilles (Love Song, Brave) a book by acclaimed screenwriter Jessie Nelson (I Am Sam) and direction by Tony® Award-winner Diane Paulus (Pippin, Finding Neverland).

Receiving standing ovations night after night in London’s West End and on Broadway, Waitress is ‘the real deal’ (Independent) musical comedy ‘made from the finest ingredients’ (Time Out).

Book now and get your tickets to this ‘joyously life-affirming celebration of love and friendship’ (Express).

Waitress deals with some adult content and themes so discretion is advised for parents bringing children under age 13.