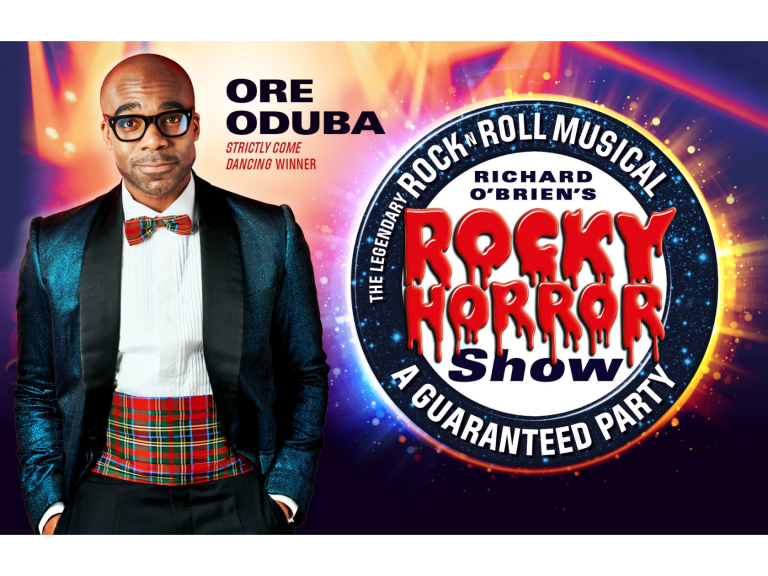 Ready to thrill you with fun and naughty moments, Richard O’Brien’s legendary rock ‘n’ roll musical, The Rocky Horror Show returns to Curve in 2022 as part of a sell-out worldwide tour, having been seen by over 30 million theatregoers.

Directed by Christopher Luscombe and featuring timeless classics, including Sweet Transvestite, Damn it Janet, and of course, the pelvic-thrusting Time Warp.

The Rocky Horror Show is the story of two squeaky clean college kids – Brad and his fiancée Janet. When by a twist of fate, their car breaks down outside a creepy mansion whilst on their way to visit their former college professor, they meet the charismatic Dr Frank’n’Furter. It is an adventure they’ll never forget, filled with fun, frolics, frocks, and frivolity.

Age recommendation: 12+ – Be warned, this show has rude parts!