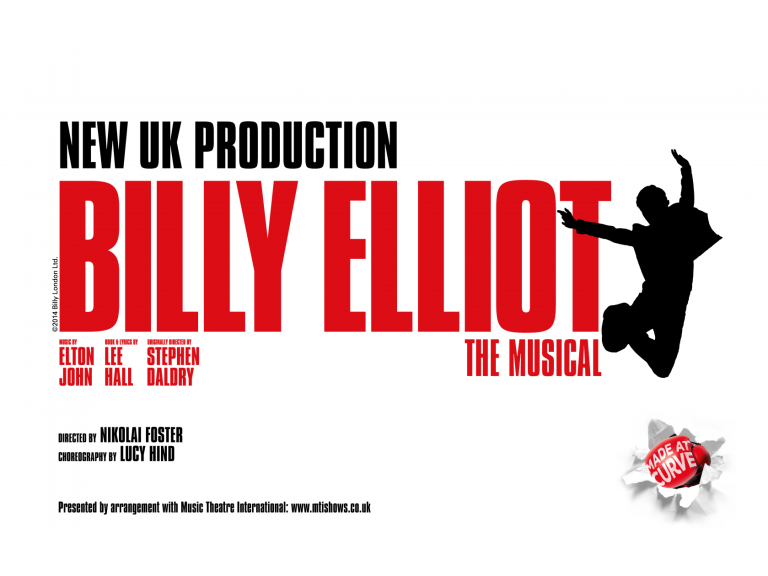 Through the night, under darkness. Will come a day, when we will fly.

For the first time in the UK, the award-winning, world-renowned Billy Elliot the Musical gets a new look in this Made at Curve production, directed by Nikolai Foster and choreographed by Lucy Hind.

It’s the mid 80s. Thatcher is at her most powerful. Men mine and boys box. Until, in a small town in County Durham, a young boy falls in love with ballet.

Set amidst the increasingly bitter 1984/85 miners’ strike, Billy Elliot the Musical is a tale of determination, acceptance and daring to be different. In a close-knit community where family and tradition means everything, can Billy forge a new destiny and follow his passion?

Based on Stephen Daldry‘s acclaimed 2000 film, with music by Elton John and book and lyrics by Lee Hall, this electrifying musical features incredible songs such as Solidarity, The Letter, He Could Be a Star and the show-stopping Electricity.

Guaranteed to make your soul soar, join us Summer 2022 for this celebration of community, being true to yourself and finding the courage to follow your dreams.