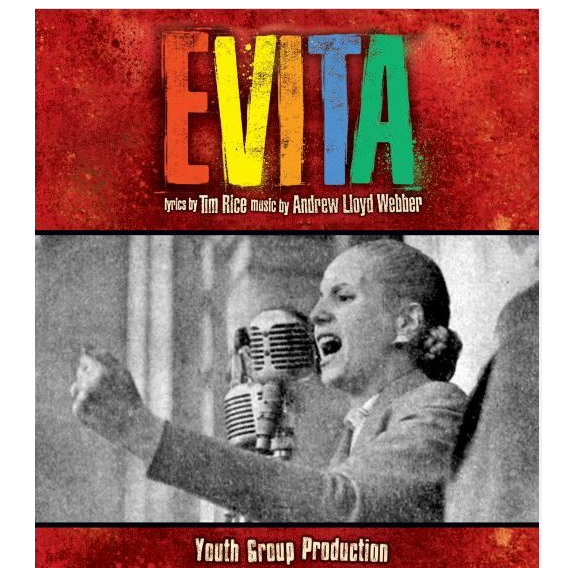 “It’s really thrilling for us to have a chance to work on this legendary and iconic musical,” says Andrew Harries, director and chief executive of the theatre. “It’s something I grew up with and have always loved but our young members (none of whom were born when the musical first came out!) are coming to the story and the music fresh and this should make for a surprising and dynamic version.”

The musical delves into the remarkable, controversial and true story of Eva Peron (1919-1952) who rose from humble beginnings to become one of the most famous political figures of the 20th century. Both adored and reviled, she died of cancer at the height of her powers aged just 33, leaving an entire nation mourning her.

This musical has been staged all over the world and in 1997 was made into a film starring Madonna and Antonia Banderas. It contains the hits Don’t Cry For Me Argentina, Oh What a Circus and Another Suitcase in Another Hall.

Now the talented young people of the Young Actors Theatre have reprised the production, creating a show you will not want to miss!

EVITA will open on April 5, 2013 and run for 6 days. Evening performances are on Friday, Saturday, Sunday, Monday, Tuesday, and Wednesday at 7:30 p.m. Tickets are on sale now for £15 (£10 concessions) and can be purchased by calling the Young Actors Theatre box office at 020 7278 2101. Box office representatives will be available to process ticket orders Monday through Friday from 10 a.m. to 6 p.m.

The Young Actors Theatre is a unique and vibrant community based theatre which provides drama classes, workshops and productions for young people with the opportunity for professional development in the performing arts.

For more information about the show, please call Andrew Harries at 020 7278 2101 or email him at andrew@yati.org.uk

The Young Actors Theatre is a unique and vibrant community based theatre which provides drama classes, workshops and productions for young people with the opportunity for professional development in the...

Islington Students reach for the Stars

Marvellous March at MSH Wellbeing...
Sign up for offers
Sign up for what's on guide
Popular Categories
By clicking 'ACCEPT', you agree to the storing of cookies on your device to enhance site navigation, analyse site usage, and assist in our marketing efforts.
For more information on how we use cookies, please see our Cookie Policy.