Sorry this event has now expired. But please check out other great events from the best of Hereford.
i
Based on the latest Government guidelines, some events may be postponed, cancelled or taking place online. Please check with the organiser for the latest info. 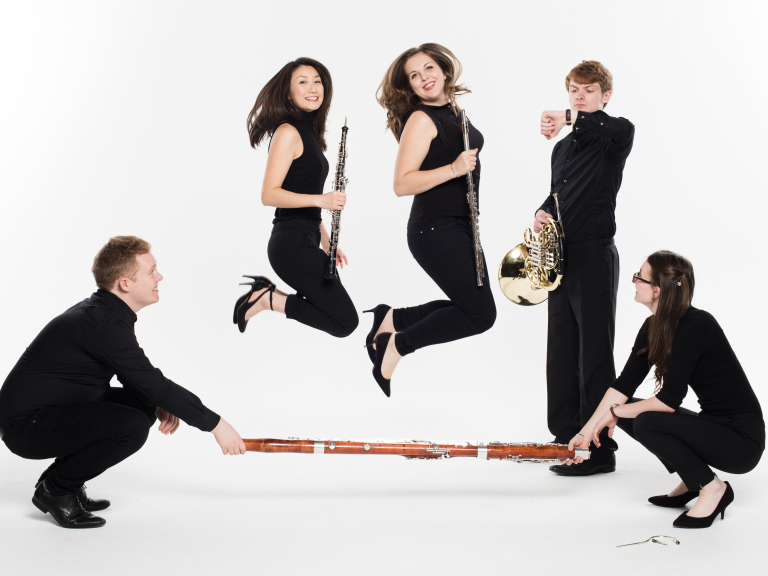 The Magnard Ensemble is a young wind ensemble - flute, oboe, clarinet, bassoon and French horn - who have attracted exceptional reviews since their formation in 2012.

An enormously exciting and highly praised wind quintet, The Magnard Ensemble are known for their dynamic concerts, praised for their playing, and their innovative programmes. Their joy as performers reported by many as simply infectious!

From a playful start with Zemlinsky's "Humoreske," the Gallic charm of Jacques Ibert, to the contemporary vibrancy of György Ligeti’s “Bagatelles” and Paul Patterson's witty, folk influenced “Westerly Winds”, this promises to be an exciting evening of exceptional wind playing.

Previous holders of the Chamber Music Fellowship at the Royal Academy of Music, the Ensemble have also been selected artists for Making Music, the CAVATINA Chamber Music Trust, the Tillett Trust Young Artist Platform, the Tunnell Trust, and the Nicholas Yonge Society.

‘A hugely gifted ensemble of the younger generation, the chemistry between the five young players is magical, the maturity and sensitivity of their playing is a delight!' ​Paul Patterson - composer