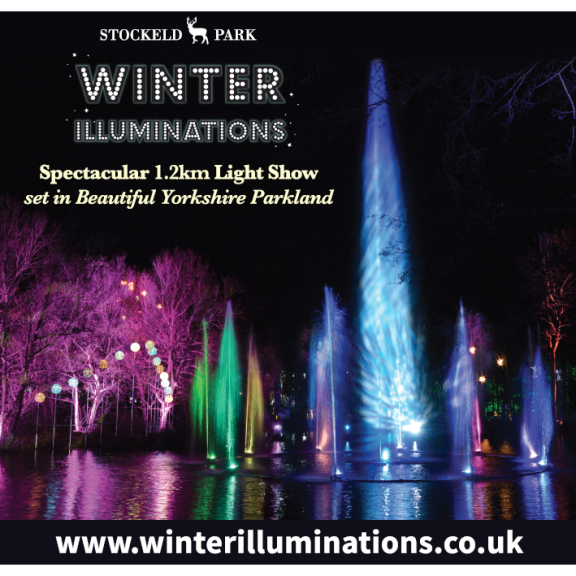 One of Yorkshire’s historic country estates is preparing to launch a spectacular new lightshow, billed as one of the largest and most creative light displays in the United Kingdom.

In addition to the forest trail, visitors can lose themselves in Stockeld’s vast yew-tree maze, stunningly illuminated and taking the form of a giant snowflake.

“The Winter Illuminations really do have to be seen to be believed”, said Stockeld Park’s owner Peter Grant. “They are a very special and quite sophisticated addition to the park, and something we very much hope will appeal to adult visitors looking for something a bit different.”

Located at the centre of Yorkshire’s Golden Triangle of Harrogate, Leeds and York, the Winter Illuminations is running from dusk to 8:30pm from now until 7th January 2019.

Visit the largest motorhome show in Yorkshire!
Sign up for offers
Sign up for what's on guide
Popular Categories