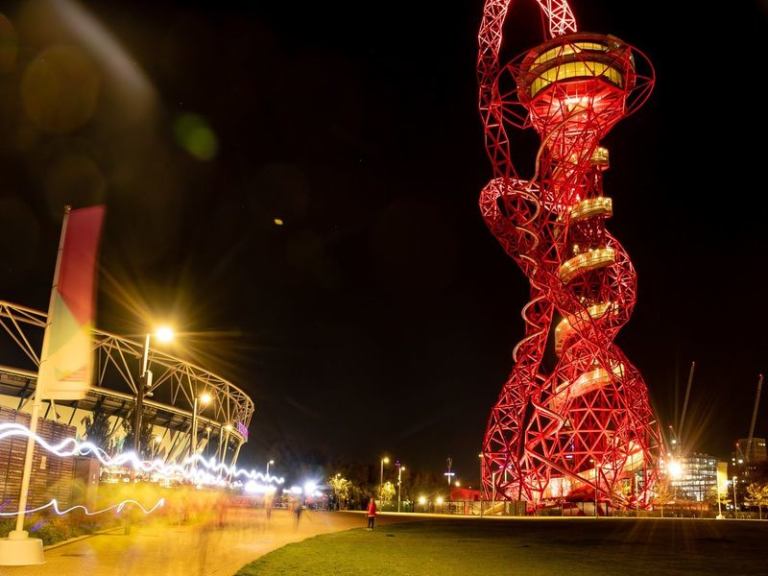 Expect to be swept away on a distinctly magical experience as dusk falls on the Queen Elizabeth Olympic Park, London and grace the grounds of World Athletics Champions!

The Supernova 5K route at Queen Elizabeth Olympic Park starts at the magical setting of the ArcelorMittal Orbit. The route then heads north running parallel to the Stratford Waterfront before taking a right over the bridge towards the inspirational London Aquatics Centre. The route then swings back down over the bridge before meandering north throughout the magnificent Olympic grounds.

Expect to be swept away on a distinctly magical experience as dusk falls on the Queen Elizabeth Olympic Park and you continue to grace the grounds of one of the most iconic settings in the UK, passing the Olympic stadium before heading south along the canals for your last kilometre. You'll finish right where you started, and you'll be wishing that you can do it all over again!