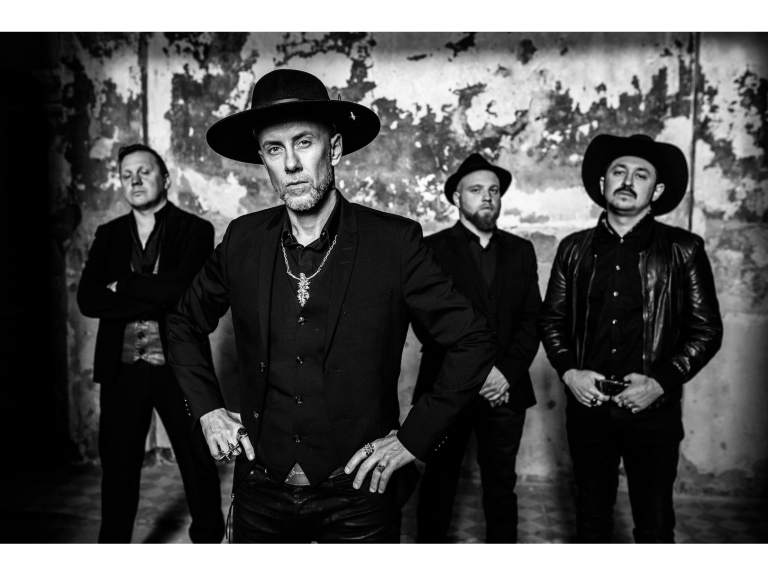 The portals of the most blackened church re-open again

Behemoth's Nergal announces a ME AND THAT MAN UK Tour!

"Friends, we are extremely sad to postpone our forthcoming Islington Assembly Hall show. Sasha Boole, our dearly beloved guitarist is one of many Ukrainian citizens currently fighting for the security of his homeland. We hope to see an end to the attacks, and look forward to Sasha and his family getting back to us safely!

The good news is we we've arranged a rescheduled date for Friday 29th July 2022 at Bush Hall. We apologise for any inconvenience caused.

Following the success of ME AND THAT MAN's last SOLD-OUT London show, the band return for a short UK Tour!

Nergal: "How many of you have seen the very first MATM show in London 5 years ago at Jazz Club in London? It feels good to be doing full circle and finally coming back to London… and playing Manchaster for the first time EVER! I'm beyond stoked and sooo looking forward seeing you outlaws out there!!"

To mark the album announcement, the devil himself opens a gloomy rift to the most sinister mass and unveils the first track and the official music video. "Got Your Tongue" feat. Chris Georgiadis (Turbowolf) is showcasing another facet of his juxtaposed project and fuels the fire for more!

Adam "Nergal" Darski on the new album:
"Here we go again, mother lovers! New Man, New Songs, Same Shit VOLUME 2. You guys know the drill, I recruited the best of the best in heavy music to collaborate on some unique tracks me and the Polish, Italian and Ukrainian crew have been working on over the last 18 months. Once again, the result, amazing and the performances, inspired! Thank you, Comrades - Abbath, Alissa, Amalie, Anders, Blaze, Chris G, Chris H, David, Devin, Douglas, Frank, Gary, Hank, Jeff, Kris, M.Goore, Michale, Ralf and Randy. Who knows when we'll get together to play these songs but I will try my best to make it happen! Enjoy it everyone!"

Following the chart-breaking part one off the album, ME AND THAT MAN are now presenting whole new facets: Opening track "Black Hearse Cadillac", featuring the vocals of Hank von Hell and guitar sorcery by Anders Odden, marks a sinister beginning to this infernal journey through dark desert soundscapes and evil lyricism. Driving "Under The Spell" (feat. Mary Goore) lives up to its title, at times evoking a spaghetti western-esque ambience. Songs like wicked "Witches Don't Fall in Love" (feat. Kristoffer Rygg/Ulver), straight-to-the-head rocking "Blues and Cocaine" (feat. Michale Graves) and mysterious "Goodbye" - with a haunting yet powerful vocal attack by Alissa White-Gluz - showcase the record's extensive variety and that there's something unexpected lurking all throughout. This is further evident on songs like the soulful blues-rock ballad "Angel of Light" featuring the compelling voice of Myrkur, or insanely dynamic, uptempo outburst of "Got Your Tongue" feat. Chris Georgiadis (Turbowolf).
After the enticing debut Songs of Love And Death (2017), followed by sophomore release New Man, New Songs, Same Shit, Vol.1, its sequel once again mirrors Nergal in a completely different light and provides a tremendous contrast to the extreme metal sounds of Behemoth.

Artists: Me And That Man, Behemoth, Nergal, Darkher