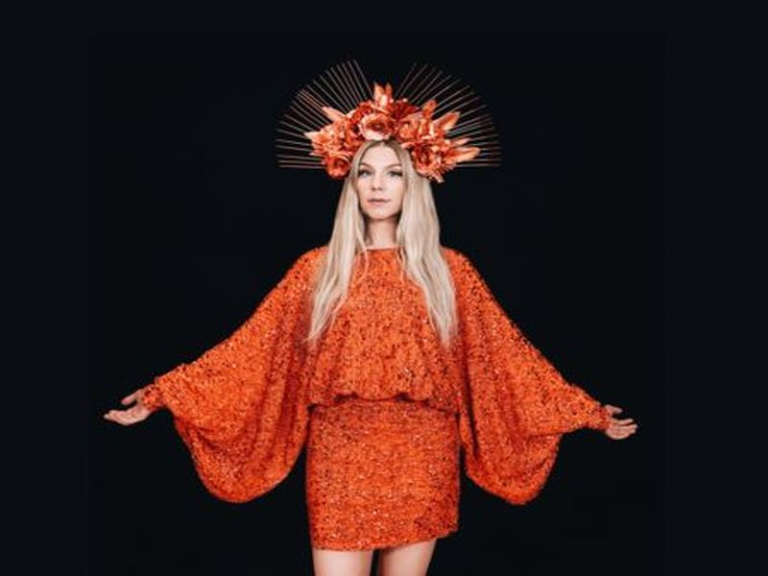 * This event was postoned from May to October 2021, and moved from The Lexington to St Pancras Old Church. Tickets remain valid! *

Death gospel. What kind of music style is that now? Louise Lemón explains it on her recently released album "A Broken Heart Is An Open Heart" (Icons Creating Evil Art/Broken Silence) and gets fantastic reviews from magazines in various genres. Death Gospel is not a drawer, it leaves room for creativity and a broad spectrum of musical freedom.

Louise Lemón's music focuses on her incredibly clear, soulful and changeable voice. The dark and yet also poppy mood that emanates from the songs on the album skilfully accompanies the singing. An acoustic piano, a smoky nightclub atmosphere, a bass as deep as hell itself and guitars sounding again and again underline the poisoned, sad mood. Louise sound is sometimes deep black, then soulful, lascivious, then again whispering, dreamy - he conjures up the listener in a most pleasant way. At the latest the catchy choruses of the songs show how thrilling Death Gospel can be.

Songs like the mystical "Egyptian Darkness" and "Appalacherna" already made it into the Netflix series "Tidelands", the song "Thirst" accompanied the US Lifetime series "UnReal" (3rd Season, Episode 8).

Lana Del Rey would be a good comparison as an artist, but wrapped in a black veil and with a good depth. Louise Lemón captivates her listeners with her singing, so that it's hard to resist her sounds - almost like an Amazon - beautiful and magical at the same time.

Guitars, organ, keys, drums and a lot of reverb - a dense sound fabric. But sometimes there is light at the End of the tunnel, when Louise ventures a journey into more pop atmospheres: dreamlike arrangements and a captivating chorus convince the last critic. Darkpop meets Indiesoul meets Louise Lemón "The Queen of Death Gospel".