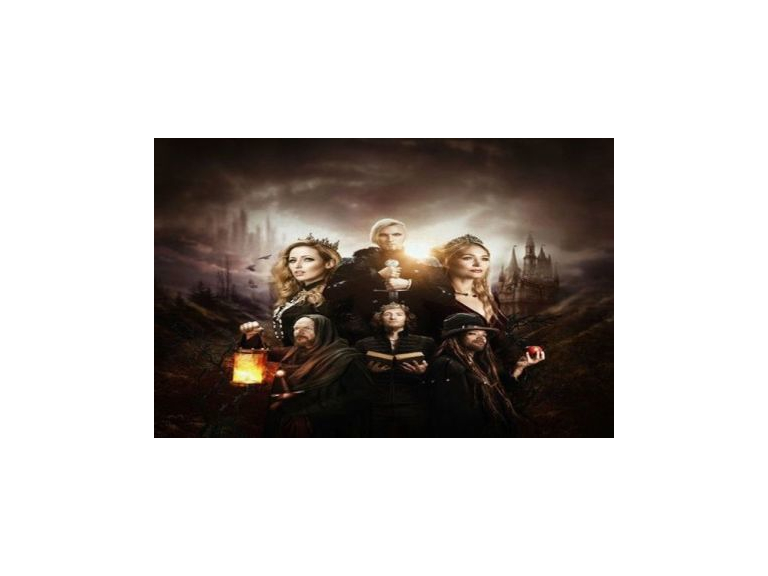 • This event was re-scheduled from April 2020 to April 2022. Original tickets remain valid •

Faun are a German band, formed in 1998 and play Pagan Folk, Darkwave and Medieval Music. Their original musical style stems from their use of “old” instruments, and their vocals are always front-centre of their unique sound. The vocals are performed in a variety of languages including German, Latin, Greek and some Scandinavian languages. Their instruments include Celtic harp, Swedish nyckelharpa, hurdy-gurdy, bagpipes, cittern, flutes amongst others.

FAUN „Märchen and Mythen“ (fairy tales and myths) Tour 2020
For their new tour and CD FAUN did dive deep into the world of fairy tales and myths. Hereby they focussed on the magical and pagan aspects of those fairy tales and turned them into songs. In combination with a unique lightshow you will encounter a mix of medieval and ancient instruments with driving and archaic beats. This will be the only concert of FAUN in the UK in 2020.
Make sure not to miss this musical journey into the mystical world of FAUN.

Like no other band FAUN knows how to open the gates into a mystical otherworld. With the combination of many medieval instruments, drums, archaic beats and enchanting multi-layered male and female vocals, they reached an outstanding position throughout any musical genres.
Their CD "Von den Elben" reached platinum status, their latest two CDs went into the Top Ten of the German Album charts and they were two times nominated for the biggest German Music Prize the "Echo".
Since 2003 FAUN played more than 900 concerts around the world and are well known for their unique and enchanting stage appearance. Together with a unique lightshow FAUN transforms the stage into a mystic otherworld.
www.faun-music.com

SERPENTYNE - https://youtu.be/3mxPsQcVKnE
Fronted by classically trained soprano singer Maggiebeth Sand, and backed by Vaughan Grandin on bagpipes, Lee Willmer on guitar, Nigel Middleton on bass, and John Haithwaite on drums. Serpentyne combine a unique mix of symphonic and folk metal styles, with themed songs about historical figures and legends, such as Boudicca, The Valkyries, Viking Blood, Helen Of Troy, Jeanne d’ Arc, and The Dark Queen, amongst many others.

Their inspiration come from medieval, folk and symphonic metal, and from Opera, classical and cinematic music.
The band has been compared to Nightwish, Within Temptation, Eluveitie amongst others.