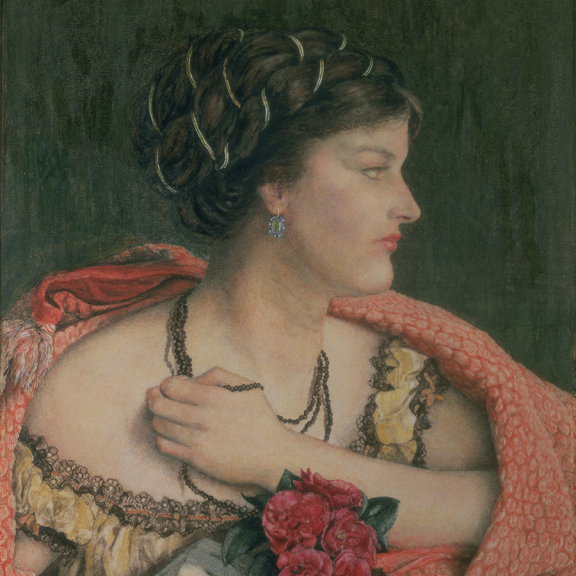 Half-sisters. Mothers. Daughters. Artists. Meet two creative women who grew up at the heart of the Pre-Raphaelite world.

Uncommon Power: Lucy and Catherine Madox Brown spotlights the work of two creative women who grew up at the heart of the Pre-Raphaelite world. Commonly referred to as the daughters of the British painter Ford Madox Brown, both Lucy Rossetti (1843-1894) and Catherine Hueffer (1850-1927) were talented, professional artists in their own right.

In 1876, both Rossetti and Hueffer featured in Ellen Clayton’s English Female Artists, a two-volume ‘roll call of honourable names’ and artist biographies. Despite this, they remain relatively unknown today. The objective of this pivotal exhibition is to shine a light on these sister-artists, and to call for the critical attention that their work merits, for the first time, explore their lives, art and feminist legacies.

Image: Catherine Hueffer, At the Opera, 1869, Watercolour and pencil, heightened with white, on paper, Private Collection