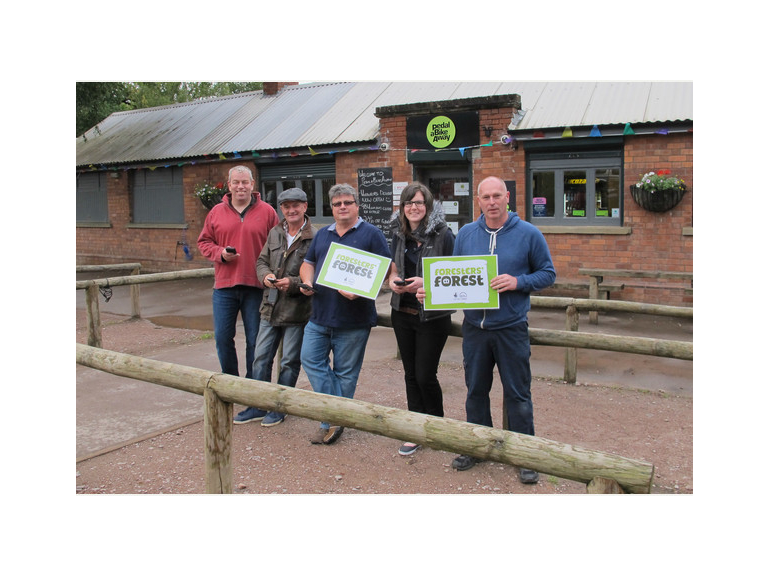 A walk through the Forest of Dean is set to be a whole different experience in the future.

The Hidden Heritage app will uncover the area's rich industrial past that was in danger of being lost forever.

It was the idea of Bob Smith, a proud Forester with a life-long love of the area's gritty past.

It was fear that some of these sites could be lost that pushed Bob to do something about it. "As an eight year old I used to wonder around the Forest looking for signs of its mining and rail past. I felt strongly for the last 20 years that our real heritage was being obliterated, hidden and lost in pursuit of the Forest being turned into an adventure park."

"It's good that the Forest has been developed that way and I applaud the Forestry Commission for what they have done. But we have a heritage that was in danger of being lost. It was being hidden away."

With a loyal and enthusiastic team of history buffs, among them Neil Batten, Mark Ward, Mark Turner, Paul Baverstock , Pete Hyndman and Nicola Turley, Bob has steadily gathered the information for the app.

The Hidden Forest app will work on the GPS system of a mobile phone.

When passing one of the 30 points of interest, the GPS will trigger a beep. A current image of the site will appear, then fade into a photo taken in the exact same spot in the last 120 years ago.

Bob said: "Some of the older photos are staggering. They really do make the hairs stand on the back of the neck."

Bob hopes the app will be ready to launch next Easter.

The timely launch of a Heritage Lottery project, The Foresters' Forest, has helped bring the initial idea along and ready for launch.

Sue Middleton is project manager for the mammoth Foresters' Forest project and Bob credits her for recognising the worth in the he project.

She said: "This project is about working with local communities to develop 50 projects exploring the forest's natural, built and cultural heritage. When Bob and the team came in I though immediately, this is what the project is all about and was keen to support it." "It encapsulates what this Heritage Lottery program is all about."

Bob is delighted that his idea will soon be enjoyed by hundreds.

"It's fantastic. My original idea had been to stick up stainless steel signs where these sites were. This brings the idea up to the 21st Century."