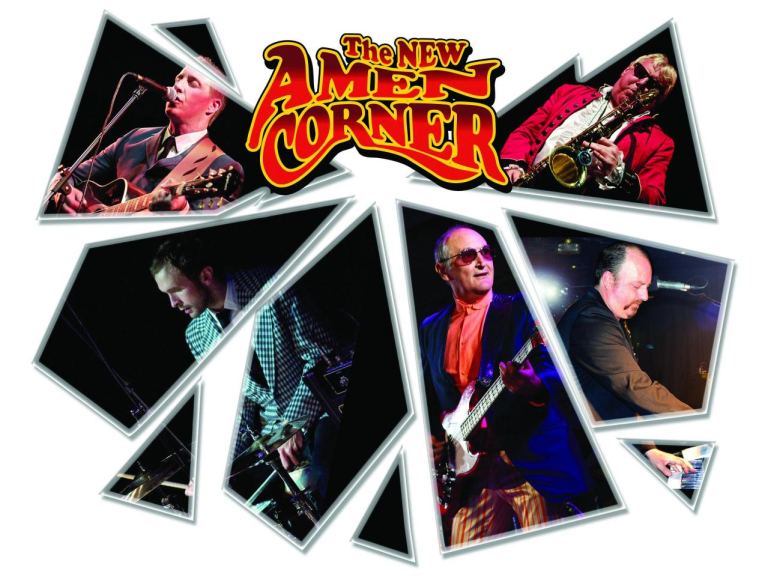 The New Amen Corner have emerged in the last few years as arguably the hottest band on the 60s circuit, playing a whole variety of songs from the era. The band has an unrivalled ability to so perfectly recreate the sound and atmosphere of that momentous period 50 years ago when music sent good vibrations across the world.

The original Amen Corner was one of the biggest influences on the sixties pop scene to ever come out of Wales. Creating their own unique mixture of mod, psychedelic power pop, heavy horns, swirling Hammond organ and distinctive voice of Andy Fairweather-Low, their powerhouse live shows made them one of the most exciting bands around. With million seller hits like “Gin House”, “Bend Me Shape Me”, “If Paradise was half as Nice”, “High in the Sky”, & “Hello Suzie”, they soon became a household name!

The musicians of the New Amen Corner have a musical pedigree second to none, and have worked with the likes of Screaming Lord Sutch, The Symbols, Jeff Beck, Alexis Korner, Roy Wood, Robert Plant, Alvin Stardust, Ruby Turner, Mike Oldfield and Jaki Graham to name but a few!