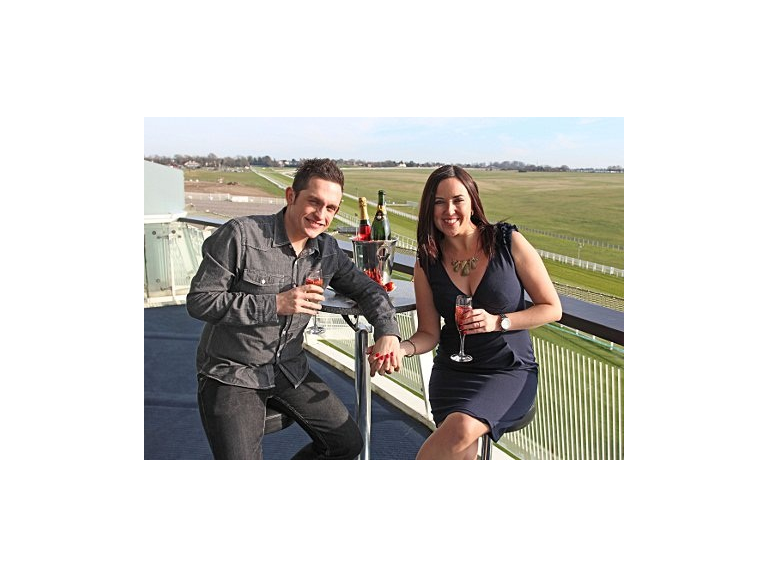 A woman who has "totally changed the life" of a romantic teacher received an almighty surprise when he proposed to her in a royal box overlooking Epsom Downs.

Lewis Still, 27, from Tadworth, met Holly Thomas, 29, from Epsom, 18 months ago through a friend at a church group meeting, and was delighted when she said "yes" to his romantic proposal at Epsom Downs Racecourse on Monday.

Lewis said the couple did not exchange numbers for the first four months after they met, but the couple started dating after he reached out to Holly on Facebook when she was stranded at Waterloo station one evening.

The teacher at Epsom Downs Primary School chose the racecourse’s royal box as the location to pop the question to the woman he "couldn’t imagine being without" as the pair had spent their early dating life and childhoods around the Downs.

He said: "The racecourse means a lot to both of us and the Downs featured a lot in our early dating life - we had dates at the Rubbing House pub, on Derby Day, at the Derby Arms and lots of walks.

"I didn’t want to propose on Valentine’s Day as it would be cheesy and predictable. Women like spontaneity and surprise.

"I told Holly I’d won a voucher in the school raffle for a glass of Champagne for two in the royal box."

Holly, who works in education recruitment, said she had no idea that Lewis was planning to propose, but said it was "absolutely wonderful".

She said: "We had our first date on the Downs. To be back here and for Lewis to propose was special and beautiful.

"He’s a loving person, with lots of heart.  If you can find someone who always puts you first you’re not doing badly."

Lewis, who presented his bride-to-be with a platinum diamond ring, said meeting Holly was "the start of a lot of change for me".

He said: "We are very compatible, we are both Christian and wanted Christian partners and we have lots in common.

"She has totally changed my life.

"When I met Holly I weighed 16 stone 4.  Both her parents are nutritionists and when she met me I didn’t think I was in the right place to be with anyone. In the four months between meeting her again, I lost four stone.

"Holly is kind-hearted, warm, funny, caring and only ever has my best interests at heart."

Lewis and Holly plan to marry next year.