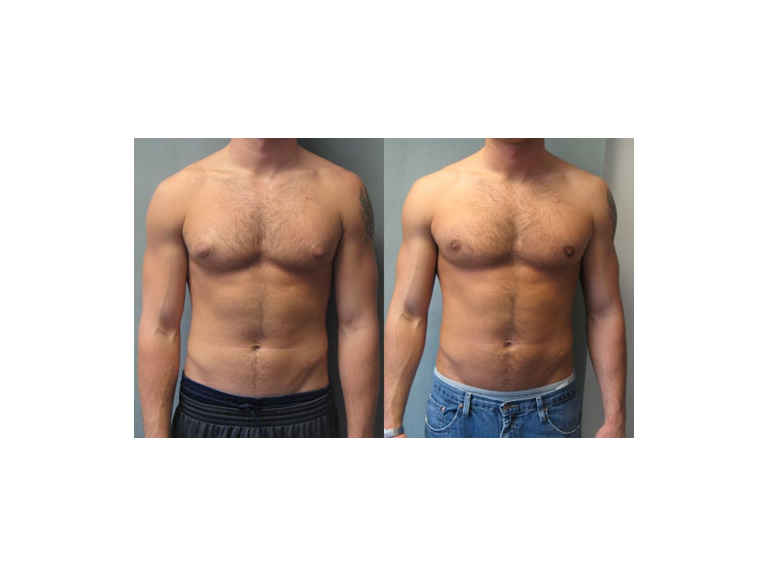 In the clinic, we often see young men with Gynaecomastia (Man Boobs)

Gynaecomastia is a common condition that causes boys’ and men’s breasts to swell and become larger than normal.

It is most common in teenage boys and older men. Once you have it, it won’t go away, and surgery is the only treatment.

Gynaecomastia can be caused by several different factors. It is often linked to hormone levels in the body, especially during puberty.  Obesity can make the condition worse as breast tissue is mainly fat.

Other causes. although less common are,

Sometimes, men think that by ‘bodybuilding’ it will improve the appearance of the ‘boobs’  this rarely is the case, and more often than not, building up the pectoral muscles only enhances the issue, not hides it.  Also, taking anabolic steroids, which some body builders do, can make matters worse.

Gynaecomastia can be a very stressful and embarassing condition to have.  Men will often ‘hide’ by keeping a Tshirt on when sunbathing, or swimming.   It depends on the individual,as to how much it effects him.

If you have this condition, then its worth going to the GP and having a chat with them.  Or contact the Surrey Plastic Surgery team to see what your options are.

Cosmetic and Plasitc Surgery advice and treatment in Surrey