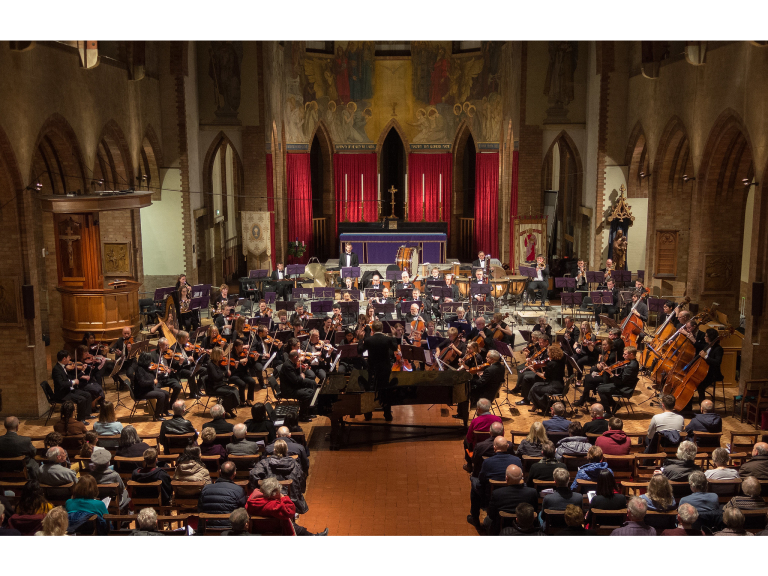 The must visit cultural event of the winter Ealing Music & Film Festival (EMFF) returns in 2020 with a packed to the rafters schedule of entertainment. Running from 12 – 16 February it includes an enriching, eclectic programme, from classical concerts, to opera by way of blues, jazz and soul, classic films, a play and workshops for budding musicians, future video stars and more. There’s something for everyone.

The Thorne Trio open the festivalwith a lunchtime concert atSt Mary’s Church, South Ealing, followed by something a little different, an EMFF first gives attendees the chance to experience the hugely successful Headspace Project, an immersive performance which gives the audience headphones to listen to a range of musical work, from experimental soundscapes to commercial dance tracks.

Award-winning choir, Tenebrae, under the direction of Nigel Short, present an evening of British music ranging from exquisite miniatures to complex masterpieces, marrying text and song. Shakespeare, Shelley, Byron, Tennyson and Milton are the inspiration for works from renowned composers such as Vaughan Williams, Elgar and Holst.

The festival’s first play is Enron, a thrilling show that charts the notorious rise and fall of the company and its founding partners Ken Lay and Jeffrey Skilling. There will be three evening performances and a matinee at Lawrence Hall, UWL. Director Paul Harvard will also present a talk on the production.

Lovers of ‘local band’ The Who, are in for a treat with a screening of Ken Russell’s Tommy (1975). Described by The Guardian ‘a daring, risky and mad rock opera’, the film features Pete Townshend’s songs and stars Roger Daltrey in the lead alongside an all-star line-up including Oliver Reed, Elton John, Jack Nicholson, Tina Turner and Eric Clapton.

There’s a slew of wonderful workshops: Percussion Workshop offers attendees the chance to create their own musical masterwork; Vlogging Workshop is for budding content creators, teaching the basics of how to start plus developing and improving on-screen presenting skills, these take place on Saturday. LCM  Music Technology Workshop on Sunday offers 15 – 19-year-olds the chance to create sounds and effects for films and video games and is led by renowned DJ, producer, lecturer Jay Daniel (aka J.Daniel).

16 February  brings Opera Holland Park’s Un Ballo in Maschera (Verdi) to the big screen – William Barry Theatre, UWL, St Mary’s Road. There will also be a talk with the company’s director of opera.

Other events include The Ealing Club - Live Music Events,  Love2Sing Choir and a concert by LCM Classical Students.