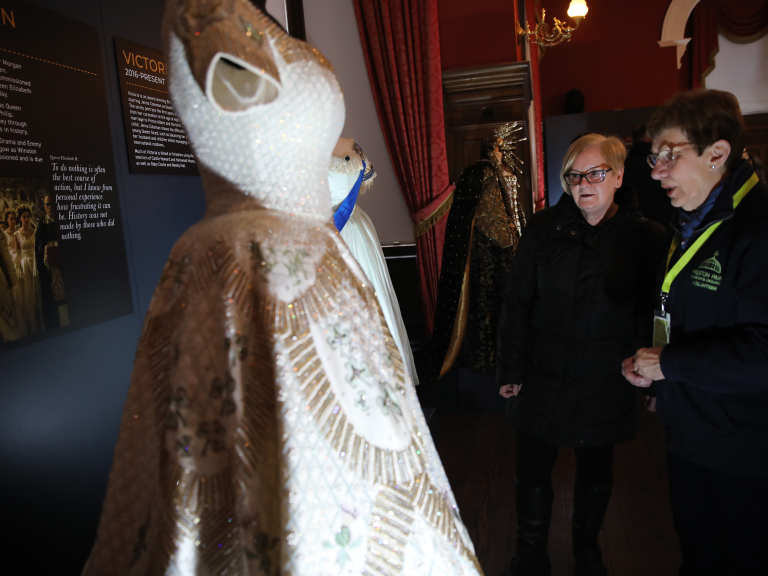 Behind the Seams exhibition at Preston Park showcases a range of iconic costumes from both film and TV.

Preston Park Museum’s Behind the Seams exhibition is back by popular demand. Returning to the museum this October, the exhibition is showcasing a whole new range of iconic costumes from well-loved film and TV shows, as well as welcoming back some fan-favourite pieces.

From 12 October 2021 to 19 February 2022, Behind the Seams, which attracted record crowds back in 2018, will explore the stories behind some of TV and film’s most recognisable outfits and their creators, Angels Costumes.

Visitors can expect to see a largely new collection of costumes, while the popular dress and shoes from The Red Shoes and the Queen’s Coronation from The Crown will be making a return.

The exhibition will be showcasing original costumes worn by the stars on screen, as well as replicas of the original designs, from some of the most well-known and much-loved shows on TV and film. These include The Crown, Fantastic Beasts, Chitty Chitty Bang Bang, It’s a Sin, Judy, Rocket Man, Shakespeare in Love and James Bond.

The exhibition is expected to have a high level of interest, so it’s advised that people purchase tickets as soon as they become available.

Angels has been dressing the stars of stage, screen and TV for seven generations since 1840. Dubbed the world’s greatest costume house, Angels has supplied costumes for 37 Academy Award winning films and in 2016 received a BAFTA for its Outstanding British Contribution to Cinema.

To find out more about Preston Park Museum & Grounds and to book tickets for Behind the Seams from Monday 6 September, please visit https://prestonparkmuseum.co.uk/