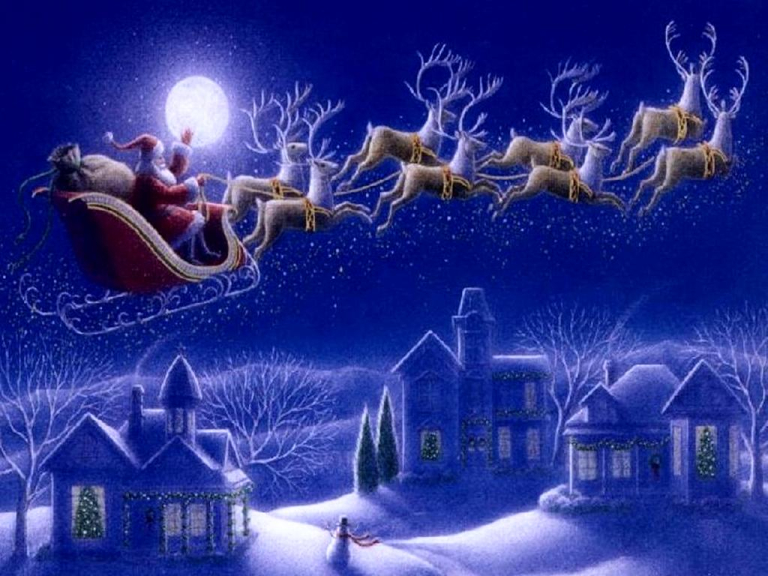 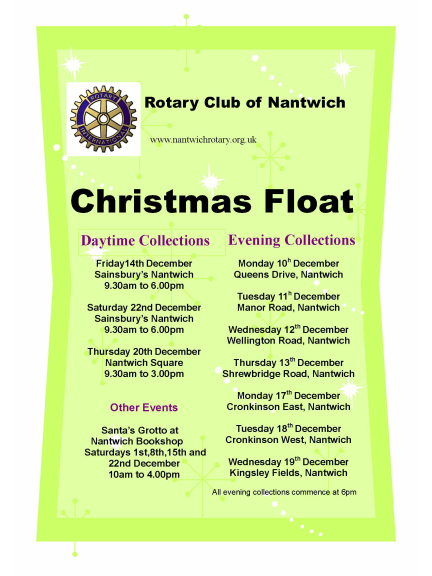 The Nantwich Rotary Club will be escorting Santa around the streets of Nantwich between December 10th & December 22nd.

Santa has taken time out from his busy schedule and will be on-board his festive float to say Hi and give a big wave to all the children in Nantwich, see below when Santa will be visiting your street.

You can also find Santa in his Grotto at Nantwich Bookshop on the following Saturdays 1st, 8th, 15th & 22nd December between 10:00am to 4:00pm

Crewe based payroll team take on 24 hour street stay awake challenge
Sign up for offers
Sign up for what's on guide
Popular Categories
By clicking 'ACCEPT', you agree to the storing of cookies on your device to enhance site navigation, analyse site usage, and assist in our marketing efforts.
For more information on how we use cookies, please see our Cookie Policy.