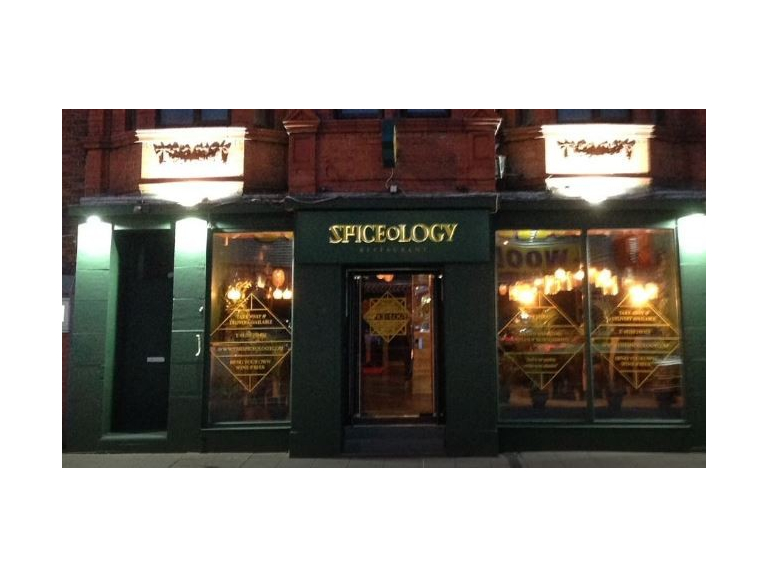 Spiceology in Crewe have been shortlisted for a prestigious National award.

The family run restaurant on Nantwich Road are up for Best Newcomer at the Asian Restaurant Awards and are hoping to put Crewe on the culinary map by winning the award!
The process for the competition is voting by the public and then a mystery diner and they have beaten off stiff competition from the local and regional area of Cheshire.

Winners of the Asian Restaurant Awardswill be revealed at a glittering awards ceremony at the Manchester Hilton, on Sunday 23rd June. Over 500 leading restaurateurs, chefs, food writers and VIP guests, including the Lord Mayor of Manchester Cllr Abid Latif Chohanare, expected to attend the gala dinner.

The evening will be hosted by BBC TV news anchor, Samantha Simmonds and supported by the Manchester-based British-Asian actor and comedian Mani Liaqat.

The Asian Restaurant Awards are organised by the Asian Catering Federation (ACF) which represents the nation’s 30,000 Asian and Oriental restaurants.

“The Asian Restaurant Awards 2019 promises to be an unforgettable night, where we will be recognising the excellence of Asian and Oriental restaurants across the UK,” said ACF Chairman Yawar Khan, who added, “We will be celebrating the many different cultures and cuisines that contribute so much to the British economy.”

The full list of awards categories and shortlisted restaurants can be viewed atwww.asianrestaurantawards.org/asian-restaurant-awards-2019-in-manchester/

Issued for & on behalf of Spiceology