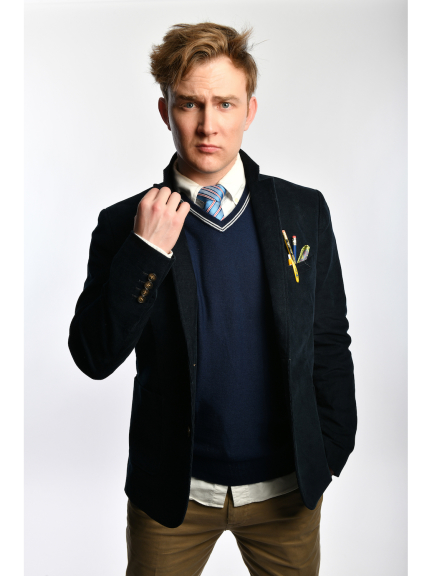 “The Honourable” Tom Houghton, who earned his title the true aristocratic way, by circumstance, has been doing what any ‘Honourable’ man would, he’s been conquering the comedy world one show at a time with his hilarious stories coupled with his sharp-eyed silver spoon observations.

From growing up with an Ex-Chief of Defence Staff for a father who resides in the Tower of London (still their current home) to shining a light on the all-boys boarding school scenario, nothing is too high brow for Tom.
Each one of his thought provoking tales are somehow more hysterical than the last, and he's finally bringing these stories and more to a town near you on his first ever UK tour. Tom starts the 'Honour' tour on 19th May at London’s 2 Northdown.

Tom has an impressive track record, previously selling out three consecutive Edinburgh Fringe solo shows, starring on Comedy Central’s ‘Roast Battle’ and on Channel 4’s First Dates Hotel. Having wowed audiences across the globe from New Zealand and Australian to South Africa and the Middle East as well as three appearances at the prestigious Montreux festival.

Don’t miss your chance to see Tom at his most raw, intimate and un-censored!