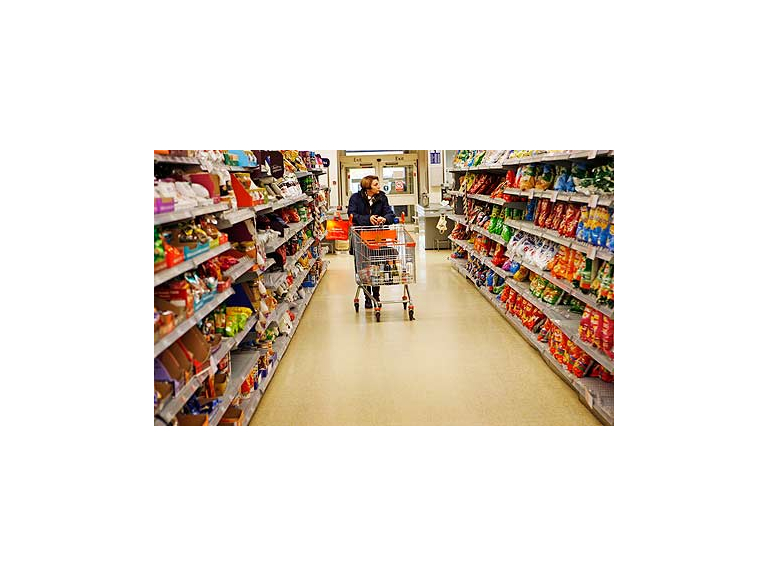 I noticed an interesting phenomenon on buses during the 2007 credit crunch. The usual mass exodus at the bus stop outside the medium priced supermarket was changed to a mass exodus at the next stop, outside the cheap one. Did these people actually save any money by changing where they shopped? I put it to you that ultimately they ended up spending more.

The reason for this is the “buy cheap, buy twice” phenomenon which has been observed since well before 2007. Buying cheaper food is often false economy. Whatever has happened in food production to cut the cost of it has also made it less tasty and less filling. I find, if I buy produce from a supermarket that is driven by price more than quality, I end up throwing it away...then going somewhere else to buy the same things a second time. I love peaches, for example, but not when they’re going to remain bullet hard in the fruit bowl for a week then rot overnight. Into the bin they go and my money is wasted. It would have been better spent on more expensive, naturally ripened fruit in the first place – at least it would have been eaten, enjoyed and given me some nutrition!

I’ve found that the best way to shop is to mix and match where I get things from. Fresh fruit and meat I try to get from an independent greengrocer or butcher - it tastes better and it’s a great way to support small businesses. Once that’s done, I can still offset the higher price by getting my tinned tomatoes, onions and lentils from pretty much anywhere.

I also think it’s important to look at how much we spend over a year on certain items. Some parents report having to buy a new pair of school shoes every fortnight at, say, £10 a time. But by buying a £35 pair in the first place, they actually spend less across a year. For the parent to break even, the more expensive shoes have to last at least seven weeks. Only because the more expensive shoes are better made and more hard wearing, the child gets more than a term out of them and the family has saved money! The same goes for clothes – what’s the point of blowing a tenner on something that needs replacing after just a couple of washes?

There are some things we can get away with, like socks from the market and £1 classic books. But most of the time, it’s important to think about quality as well as price if we don’t want to be out of pocket.

How to Clear the clutter! by Greaves Design
Sign up for offers
Sign up for what's on guide
Popular Categories