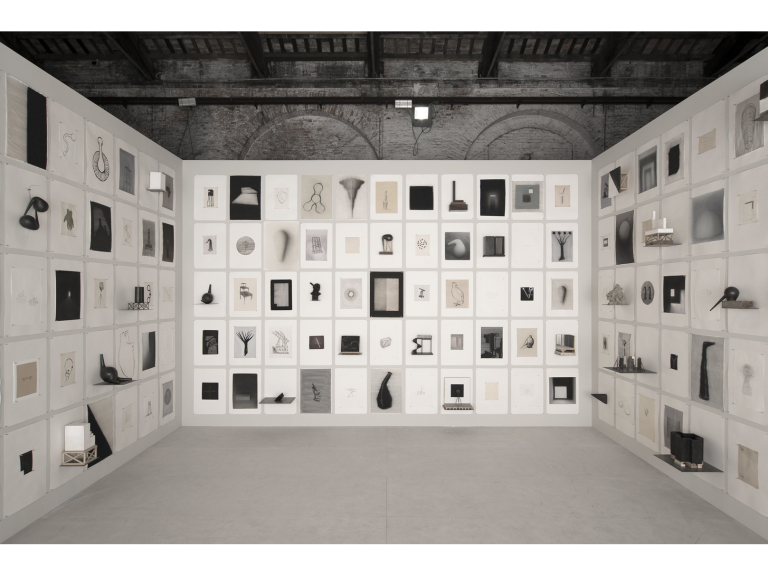 i
Based on the latest Government guidelines, some events may be postponed, cancelled or taking place online. Please check with the organiser for the latest info.
Marco Tirelli
Marco Tirelli

An exhibition of drawings, photographs and small sculptures by Marco Tirelli. The first major solo show in the UK of work by this leading contemporary Italian artist.

The first major solo show in the UK of Italian contemporary artist, Marco Tirelli (b.1956, Rome). Featuring over 150 works in an allegorical journey developed over four storeys of Cardi Gallery London's space, this exceptional museum-scale retrospective includes drawings, paintings, photographs, and small sculptures, many of which have been produced for the exhibition.

A member of the New Roman School in the 1980s and 1990s, Tirelli was trained in set design. The artist's background paired with the visual complexity of the layered histories surrounding him in his hometowns of Rome and Spoleto have deeply informed his highly personal and allegorical vocabulary of memories. His works populate a complex visual archive, one that the artist has been systematically building over time since his early childhood. They activate mental realms of cultural recollection, collective memory, and conventional conceptions of value representation through the webs of associations and connotations they are capable of unleashing.

"To activate echoes in the viewers, by immersing them in an interplay of images, symbols, and allegories, in a game of references and reflections", as the artists himself states, he incorporates display strategies borrowed from the late Renaissance, such as the Studiolo – a room filled with interesting things, meant as a nobleman's locus of contemplation – to construct marvellous immersive installations inhabited by grids of drawings and bronze sculptures that function as spatial and visual streams of consciousness.

Geometric shapes, elements from the natural world, manmade tools and pieces of machinery, architectural forms, objects from the everyday world, all meet in his compositions characterised by a strong tension between illusion and reality, between light and darkness. They are things generated by space itself as they are written with light; they originate from the shadow and therefore become visible. Tirelli has mastered the secret of shadows, and his works perfectly embody this impalpable mystery. Viewers are reminded of Tanizaki's description of the beauty of a Japanese alcove "[…] we gaze into the darkness that gathers behind the crossbeam, around the flower vase, beneath the shelves, though we know perfectly well it is mere shadow, we are overcome with the feeling that in this small corner of the atmosphere there reigns complete and utter silence; that here in the darkness immutable tranquillity holds sway. […] the uncanny silence of these dark places. […] Where lies the key to this mystery? Ultimately it is the magic of shadows. Were the shadows to be banished from its corners, the alcove would in that instant revert to mere void."

Tirelli's subjects are not objects per se, but their representation. Reminiscent of Plato's allegory of the cave, they question our ability as humans to experience and know the real world. Contained by surrounding space - a space viewed as the universal potential of the connections between objects, as described by Marleau Ponty - with its overall sense and perceived depth, these things-objects are existential. They force the viewer to question the perception of reality in a way that allows to unmask and unleash the symbolic potential of the depicted object. As Nietzsche sustained: "reality does not exist, only interpretation exists."

Cardi Gallery welcomes visitors to see ‘Marco Tirelli' Monday to Saturday until 11 December, and is pleased to be taking part in Mayfair Art Weekend 25-27 June 2021.