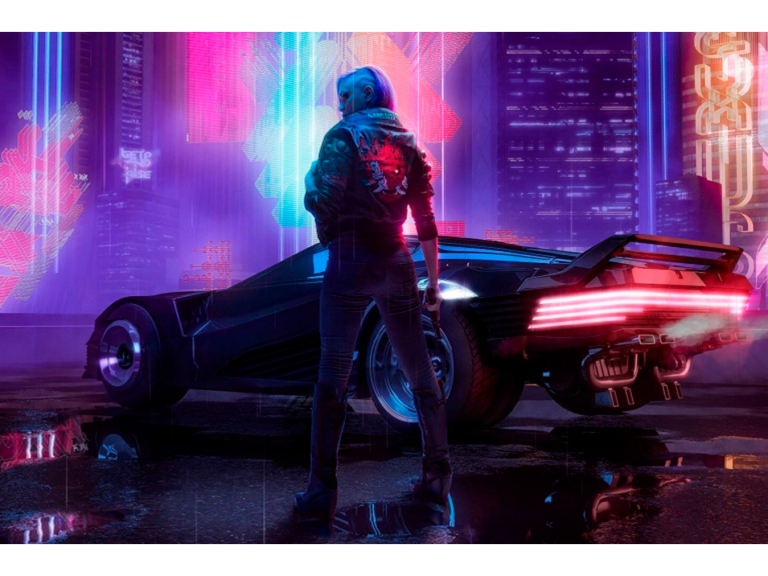 Cyberpunk 2077 is a fairly easy game to play if you choose the medium difficulty. In this guide, we will provide useful tips to help you quickly adapt to Night City.

Walkthrough Tips
The game has a very nice feature - the variability of the passage of quests, for example, you can walk on stealth and stun everyone in your path, or pick up a machine gun and shoot everyone. Also, the dialogues, which reveal the plot of the game in more detail, certainly deserve special attention. Check out Cyberpunk 2077 100% walkthrough to build your tactic. However, we will not "sing" odes about Cyberpunk 2077, but proceed with the advice itself.

Take Training
Before storming the scavenger gang's den, Jackie will give you a training flash drive and offer to familiarize yourself with it. In no case do not refuse, otherwise, there will be difficulties in passing and understanding the mechanics of the game.

There you have to familiarize yourself with 5 lessons:
• Movement.
• Shooting.
• Breaking into.
• Close combat.
• Combining previous lessons.
Although everything is clear with shooting, you may have difficulties with hacking if you do not go through the training.

Stay Out of Unexplored Locations
It would be correct to say, at the early stage of the game, do not go where you have not yet been sent in the story or secondary tasks. Since, there you can be met by very serious enemies, who will kill you with two or three hits.

Note: Pay attention when you open the "Journal" tab and look at side quests. Above the name of the quest, there is an icon in the form of a skull and the inscription: "Difficulty level ...". The higher the difficulty, the less likely you are to complete this task.

The Game Will React to Any Plot Action
Cyberpunk 2077 is not linear as it has 5 currently known endings. Therefore, it will react to almost every line of action you choose and thereby change the narrative in the game.
For example: when I met an agent of the "network watch" I had a choice: agree and help him, or grab and do what the voodooists asked me to do. I chose the first option and let him go, but after meeting with Alt I regretted my decision since the Network Watch attacked the leader of the Voodoo group and killed her.

Find Your Type of Weapon
The number of weapons in Cyberpunk 2077 is very large, but there are not many varieties.
At the beginning of the game, you will have a pistol, and the rest is knocked out of the enemies. You can also buy weapons from sellers or complete secondary missions, where, in addition to experience and reputation, you will receive cannon or melee weapons.
Each type of weapon is suitable for a specific build, but if you swing evenly, then play with the entire arsenal and decide on the choice.
Note: For me, the choice fell on the following combination - sniper rifle, submachine gun, and shotgun. Revolvers, machine guns, and edged weapons did not enter.
However, the game has a cult (not to be confused with legendary quality) weapon, but in fact, it is not fundamentally different from the usual one if only a couple of percent higher damage. You get these weapons for completing side quests and exploring the world.

Pump Evenly
This advice is useful if you want to study the lore of the game and complete all secondary tasks, orders, investigations. And in general, get pleasure from the plot of the game.
Note: At the beginning of the game, it is better to pump up "Strength" and "Technique" - 6 units. Then evenly pump them up to level 10. Since there are often doors that require level 8 characteristics.
You should also invest in "Composure", as this parameter opens new replicas.
However, sometimes you can find yourself in a situation where your skill is not pumped to the required level of opening the door and this does not matter. Just look for a workaround, as developers do not create any barriers to completing tasks. For example, in the story mission, you need to explore the base of Arasaki, where there are platforms, one of which will be the sister of the main antagonist of the game. And if you analyze the entire area, you will have a choice of four ways: steal the car, go through the main gate, get through the technical bridge, etc.

Use Fast Travel
You can use transport as an analog of fast travel, but the vehicle control mechanics in Cyberpunk 2077 are poorly made, to put it mildly, it is very difficult to get used to it.
Note: If you are in combat (there is a red stripe with the inscription "Combat" above the mini-map) or the police are chasing you, then you will not be able to use fast travel.
The terminal with fast travel is displayed on the map as a blue exclamation mark and there are a lot of them in the city of Night City. You don't have to do anything hard to open them, just visit the fast travel area. Simply put, it (the terminal) should be displayed on the mini-map.

Don't be afraid to use cheeky lines.

Sometimes in dialogues, you can send three letters to some NPC or simply insult and humiliate. There is nothing wrong with this (of course, if this happens within the framework of a single-player game) since you will not be punished (not killed) for this, but only relations with this character change and if he is a customer, then with a high probability he will not give you orders.

Choose Your Answers Wisely
The world in Cyberpunk 2077 is very lively and almost every minor NPC has its own backstory that he can tell you. But your choice of communication will depend on whether he wants to tell you or not. In addition, with some NPCs, you can have sexual intercourse and romantic relationships.
Notes: Some side quests, with the correct choice of replicas, can take 5-6 hours.
In general, if you want to explore the world in which the people of Cyberpunk 2077 live, then try to help everyone and be loyal.

Making Money
If you plan to quickly run through the story and complete the game, then you will not have enough money, but when completing side missions you will have an excess of Eddie.
Note: Eddie is a money slang phrase used in Night City.
There are several ways to make money in Cyberpunk 2077:
• Craft a weapon and sell it.
• Fulfill orders and investigations.
• Hacking terminals, machines, etc.
• Search for hiding places.
Of these four methods, two can be distinguished - "orders and investigations" and "hacking". Since in the first case, you get a good amount, increase your reputation and experience, and also replenish your inventory with weapons and consumables. The second option is gorgeous if you have improved the Improved Data Mining perk.
In general, if you play for a high, then I think the question of making money is not relevant, for example: after completing side tasks and pumping my reputation to the maximum (level 50), I had about 350,000 Eddie. Which is a lot.

Don't Forget to Upgrade Your Weapons
Each weapon can be improved, but it is a matter of expediency. If you find the right ones for yourself, then feel free to upgrade and do not forget to install the mods. Also remember that the higher the level of modification or the quality of the weapon, the more rare parts are needed.
Although there are many consumer and ordinary parts for improving the guns, I had a few better quality ones.

Be Sure to Install the Reinforced Tendon Implant
Double Jumping is a great way to move, but remember that if you fall from a great height, you will lose health and may die. Therefore, it is better to combine this implant with the Softness in the legs skill.

Don't Forget About Scan Mode
Scan mode is very useful in finding objects and exploring a location. With the help of scanning, you can break open the window shutters, thereby opening a new passage, or see those items that you can take. Yes, and hack enemies or mark them on the map. The main thing is to know that you should use the scan mode often, as well as a weapon.

Scavenger Perk
If you do not know what to pump or are in a difficult situation, then choose this skill. The peculiarity of this perk is that the analysis of garbage objects into parts occurs automatically.

Don't Neglect Hacking
Hacking is a very useful mechanic, especially when the corrector suitable scripts for your assembly are selected. For example, you can remotely access the cameras, or lure over to your side or blind the enemy.
Note: In my opinion, the most important and useful script is Infection. Since it inflicts damage on not one enemy, but several at once.
Also, do not forget that scripts for each type of enemy inflict different damage, for example, Reload is effective against robots, drones, but weak against ordinary people.