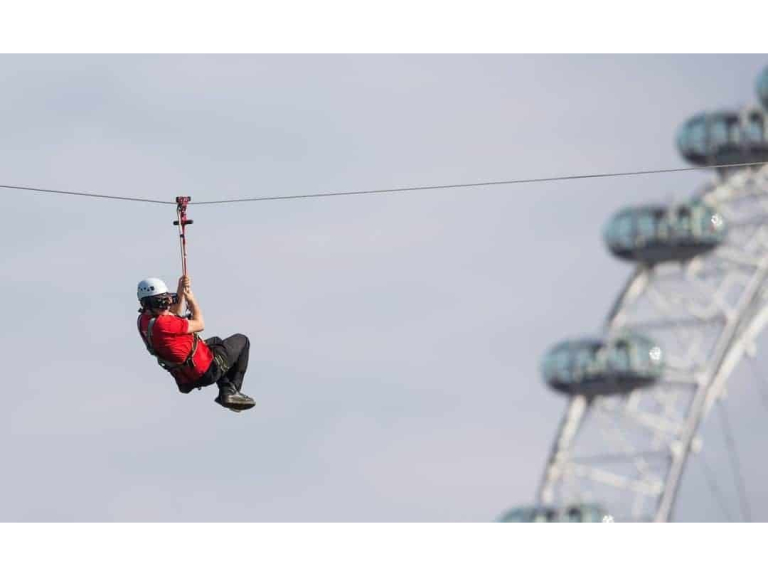 ● A stone’s throw from the Houses of Parliament, visitors can experience the stunning setting of the world’s longest zipline, whilst riding the world’s fastest urban zipline.

● The Jebel Jais Flight London AR Experience will be open at Zip Now London, Southwark until September 9th and is bookable at https://zip-now.co/

London, UK – 20 July 2018: Imagine standing 1,680m above sea level with mountain views as far as the eye can see and setting off on a 100mph zipline where you will fly like a falcon for 2.83 kilometers. Now imagine experiencing all of this whilst still being within a few hundred metres of the Houses of Parliament and the London Eye.

From today, anyone visiting London can experience a taster of the record breaking world’s longest zipline – recently opened in Ras Al Khaimah, the adventure tourism hub of the Middle East, thanks to the launch of the world’s first augmented reality (AR) zipline experience, dubbed The Jebel Jais Flight London at Zip Now London in the heart of the capital.

Created in partnership between the Ras Al Khaimah Tourism Development Authority (RAKTDA) and Zip Now London, visitors will get the physical thrill of riding the world’s longest and fastest urban zipline, situated in Waterloo, whilst enjoying the views from the Guinness World Record setting Jebel Jais Flight zipline thanks to the latest Augmented Reality technology.

Haitham Mattar, CEO of Ras Al Khaimah Tourism Development Authority which is actively promoting Ras Al Khaimah in the UK market, said of the new experience: “With world leading experiences such as the Jebel Jais Flight we’re transforming Ras Al Khaimah from an undiscovered Emirate to the adventure hub of the middle east, making our stunning mountain range accessible and enjoyable for the first time.

The Jebel Jais Flight London is giving adventure seekers a completely unique way to experience riding a record-setting attraction from an undiscovered part of the globe, but from right here in the heart of the city. By combining the fantastic ride of Zip Now London and the latest 360 video and augmented reality technologies, we’ve created a world first experience people can enjoy all summer long.”

Barry Shevarin, CEO of Zip Now added: “This amazing partnership with Ras Al Khaimah Tourism Development Authority has enabled the most exciting and innovative urban ziplining experience ever. Not only are our lines carrying more people further and faster than before, but now visitors can transport themselves to the top of Jebel Jais Mountain in Ras Al Khaimah and experience the attraction that everyone in adventure tourism is talking about.”

Riding on a dedicated line with specially trained instructors, anyone riding The Jebel Jais Flight London, will first enjoy the original Zip Now London experience and will then ride for a second time whilst using the virtual reality headset when they will immerse themselves in the 360 degree views of the Jebel Jais Flight.

Tickets are available from £49 at www.zip-now.co

To learn more about Ras Al Khaimah, visit us at:
● www.raktda.com and www.rasalkhaimah.ae

ZipNow London is located at

Water consumption in London and the UK: 12 facts about Legionella that you need to know

Has the pandemic affected London's lone workers' safety?
Sign up for offers
Sign up for what's on guide
Popular Categories
By clicking 'ACCEPT', you agree to the storing of cookies on your device to enhance site navigation, analyse site usage, and assist in our marketing efforts.
For more information on how we use cookies, please see our Cookie Policy.