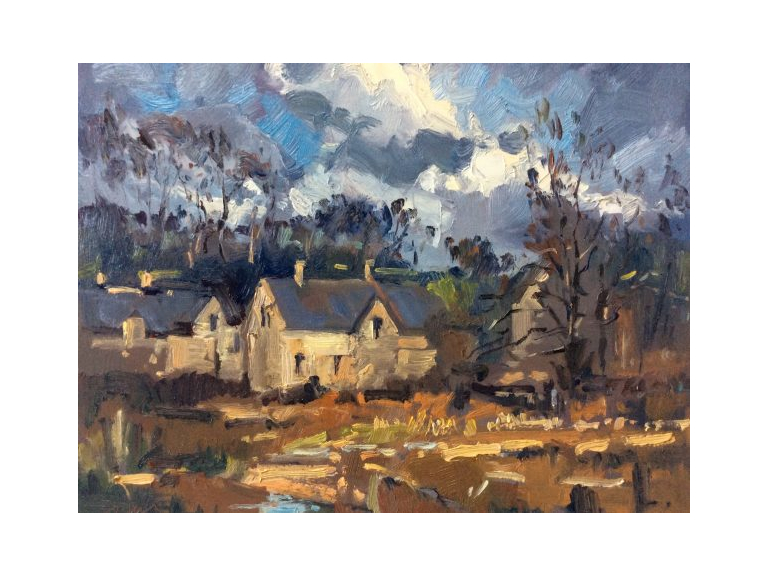 A joint exhibition of landscapes in oils, painted mainly en plein air, celebrating the beauty of the Cotswolds and beyond, by Wiltshire artists Susan Carr and Terry Humphries

A joint exhibition of landscapes in oils, painted mainly en plein air, celebrating the beauty of the Cotswolds and beyond, by Wiltshire artists Susan Carr www.susanmcarr.co.uk

Terry studied at Swindon School of Art, gaining his BA (Hons.) in Design/Illustration in 1999.  He has since worked as a freelance illustrator and college lecturer until 2006.

Susan’s professional journey began with a BA (Hons) degree in Design/Illustration at Swindon School of Art in the 1990s, followed by two years as Artist in Residence at Hreod Parkway Secondary School in Swindon.  Working with some of the pupils in the 'Exclusion Unit' Susan began to see how Art could be used as therapy, and enrolled at the University of Hertfordshire for an MA in Art Therapy.  After qualifying Susan worked for 12 years as an art therapist at the Prospect Hospice in Swindon and in 2008 returned to university, this time Loughborough, for a PhD developing an intervention called Portrait Therapy.  This is used as a way to help people who experience life threatening or chronic illnesses or other trauma as a disruption to their sense of self-identity.  Susan has written a book about Portrait Therapy.