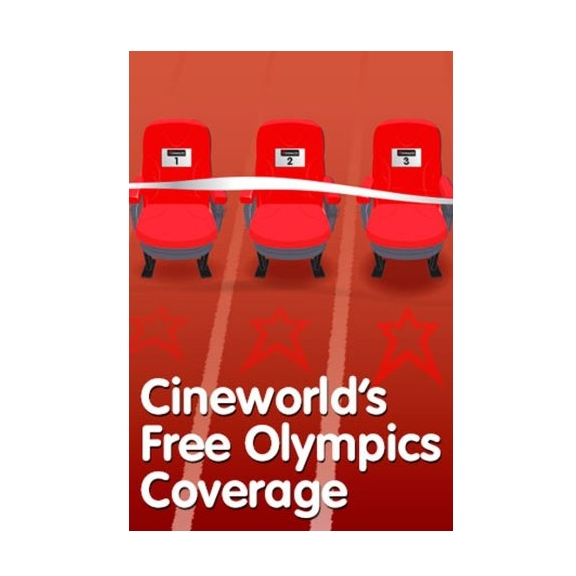 The Olympics of London 2012 is coming to Cineworld Chesterfield!!!!

So you have missed out on securing your Olympic Tickets for London 2012..... Fear not, you can watch all of the action from Team GB and more right here in Chesterfield up on the big screen!

Chesterfield Cineworld Cinema have been chosen as an official Olympic site, and one that is proud to be hosting the Opening and Closing Ceremonies, along with coverage from every day of the Olympics.  So for the entireity of this prestigious event from the opening ceremony on July 27th, right through to the closing ceremony on the 12th August, you can enjoy some Olympics on the big screen in HD quality.

Coverage is broken down to three sessions per day (approximately 10 - 2pm, 2 - 6pm, 6 - 10pm) and all sessions, including the Ceremonies are absolutely free(!). Tickets are available at the Box Office now, and are on a first come first served basis. The sessions will have coverage that jumps between events, but it will concentrate on sessions where Team GB are in action, or medals are being decided.

This is a fantastic offering and they are currently the only cinema chain to be providing this to their customers.

So pop on down and pick up the tickets you would like and help to cheer on our nation's team.  Just ask at the box office for more information.