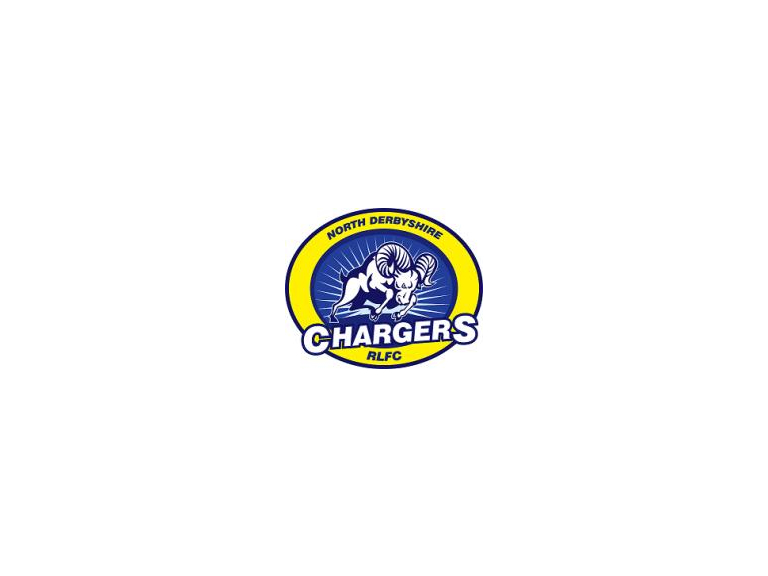 The match remained scoreless for the first ten minutes, with the away side making the first break through scoring from close range, as with all of their tries.  The conversion was missed in increasingly blustery conditions which saw the wind direction changing constantly throughout the game, making the long pass and kicking game difficult.

The lead was not to last though, as Ryan Banner crossed in the corner within a couple of minutes as the Chargers moved the ball through many sets of hands.  Harry Chapman was unsuccessful with the conversion, but this was the only goal attempt that he would miss.

The next try (arguably the try of the game) saw Ben Doxey running onto the ball at pace, taking the pass around his own 30m mark and powering through the defensive line leaving the opposition in his wake covering at least 70m to score beneath the posts to the delight of both his team mates and the home supporters.

The final score of the half came from Wibsey, who took advantage of gaps within the Chargers defence to post a converted try and bring the score back to 16-10.

Now with the wind to their backs, the Chargers continued to press their advantage early in the second half.  Building pressure on the left, Luke Walters running from half back beat a number of defenders to cross the line and post the first score of the half, which was successfully converted by Harry Chapman.  Within five minutes, Wibsey were again to score and pull the gap back to a single converted try as the home team maintained their lead at 22 – 16.

Two tries from captain Macauley Watkinson effectively saw the team home.  Watkinson’s first try came from an excellent kick off from Harry Chapman which saw the ball driven hard along the floor before gathering pace and going over the heads of the Wibsey defence, crossing the dead ball line.  The resultant drop out from under the posts was gathered by Watkinson who crossed from 20m out.  Watkinson’s second try of the game was more typical, as the ball moved well through midfield and Watkinson exploited a gap in the defence to run 50m and cross beneath the posts.  Both conversions were successful and the score was now 34 – 16.

A series of penalties deep inside Charger’s territory provided Wibsey with an excellent opportunity to cross from short range and the subsequent successful conversion pulled the score back to 34 – 22.

The final try of the game saw Aaron Wycherley making one of his trademark runs as he easily punched through the Wibsey defensive line to break clear.  Pursued by a solitary member of the Wibsey squad, Wycherley showed both pace and evasion skills to again cross under the posts and to put the tie beyond Wibsey’s reach.

The team now have a home fixture to Hull Victoria in the semi finals which take place on April 28th at Creswell Rugby Club.  Photographs from this week’s fixture will be posted shortly, thanks to NFS Photography.