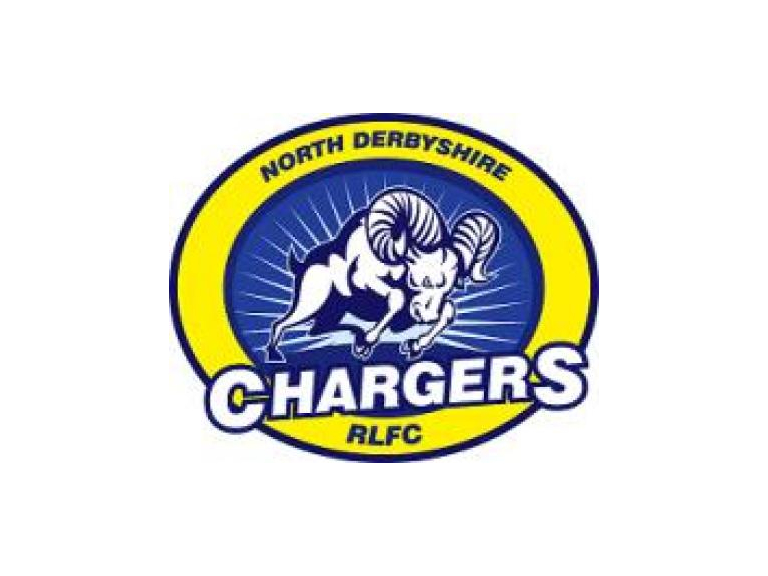 Having narrowly defeated Hull Victoria in the league some weeks previously in the league, this was always going to be a difficult match, but for the majority of the match the Chargers team showed the determination and skill to take the game to their opponents.

The match was played in perfect conditions and some early possession by Hull Victoria saw the Chargers defending early on in familiar fashion.  Some strong running by Matt Bullars and Ben Doxey saw the ball being carried easily out of their own half with Hull putting in a number of strong hits on the forwards.  The deadlock was broken in the first five minutes with Ben Doxey fending off the attention of a number of Hull defenders to cross the line close to the posts and after a successful conversion from Harry Chapman the Chargers were leading 6 – 0.

However, the lead was not to last long and within two minutes the scores were again level at 6 – 6.  The next ten minutes saw both teams locked in an arm wrestle for dominance with both packs working hard to find a weak spot in the defence and the Chargers containing their opponents to prevent the obvious overlap on the wing.  After some excellent carries from forwards and backs alike, the Chargers were again to extend their lead through Ben Doxey, crossing for his second try of the game which was successfully converted again by Harry Chapman and the Chargers were again leading 12 – 6.

The remaining two points from the half were to come from the boot of Harry Chapman on the back of a number of penalties against the opposition.  Both kicks came from the centre of the field, with the first being the pick of the bunch as Chapman successfully slotted the ball home from around the half way line.  Nerves settled, the Chargers saw the rest of the half out without conceding any more points.

The second half saw the a change to the playing pattern for Hull as they looked to create space out wide to stretch the defence.  After a scrum in Chargers half, Hull broke from the base and a spirited run by the number 4 saw him break through the defensive line and cross under the posts to provide a simple conversion opportunity, which was duly taken and Hull closed the gap to 16 – 12.

Five minutes later and the Chargers were awarded another penalty very close to the Hull try line.  A moment of genius by Macauley Watkinson saw him take advantage of a moment of confusion in the defensive line to plant the ball over the line in perfect kicking distance for Chapman and the gap was ten points at 22-12.  This was to be the Chargers last score of the game as fatigue began to take it’s toll on the team.

Hull’s next try came from a strong break from the forwards, breaking through the defensive line and crossing close to the posts again as tired Chargers legs struggled to get back into position after a previous break and the score was now close at 22 – 18.  Hull were then to go on to score three more tries out wide, as they used quick hands to spread the ball across the defensive line to make use of their natural overlap, despite resolute defending from centres and wingers alike who did their best to defend the line and disrupt the scoring flow of the opponents.

A number of stoppages for injuries saw the second half stretching out to nearly forty minutes including stoppages with Hull pressing home their advantage.  However, even though the game ultimately ended what had been an unbeaten run in both league and cup since the first day of last season, it is difficult to find fault with the performance of the team.  As with previous games, the spirit and the commitment of all players within the squad is impeccable and this match saw a number of players up their game to inject an extra dimension to their game.  Ben Doxey, Macauley Watkinson, Harry Chapman, Jake Beech and Luke Walters were as committed in attack as they were in defence, causing no end of problems for the opposition and had the squad been the full complement of seventeen players the game would likely have ended in a victory for the home team.

Ryan Banner, Sam Bennett, Matt Bullars and Joe Holland were on hand to take some of the strain from the forwards and were successful in repelling a number of assaults on the Chargers try line, preventing the overlap on many occasions and putting their bodies on the line time and time again.  There were many positives to take from this match including the continued unbeaten run in the league.

The Under 16 team currently train and play at Creswell Rugby Club and are always on the lookout for new recruits into the squad.  They train on Saturday afternoon from 14:00 to around 15:30 and members of the squad are also welcome at Open Age training sessions which take place on a Wednesday evening at 18:30 at Netherthorpe School, Staveley.

Anyone interested in joining any of the junior or senior teams should get in touch via the web site.