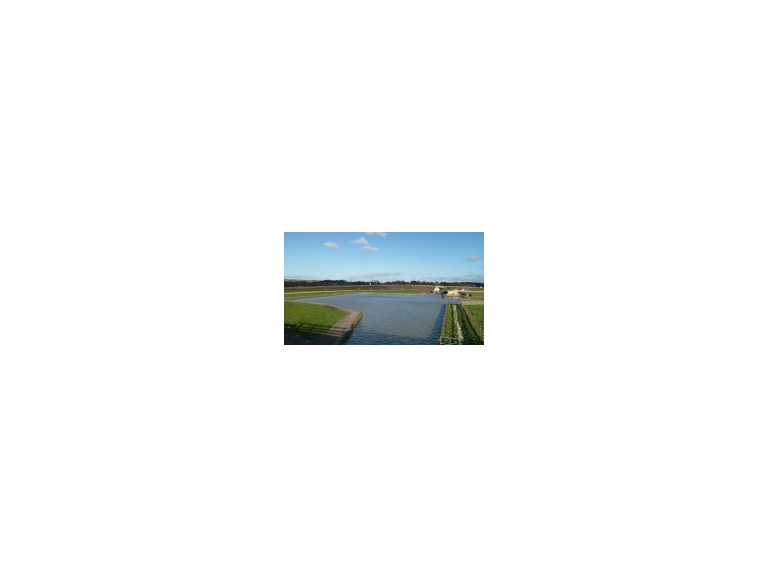 Staveley Town Basin is now full. For three weeks over the Christmas period, the water level rose slowly, fed by a 6” pipe through a temporary dam. Then, on Thursday 5th January, the dam was dug out allowing the last few inches of water to gush through.

The basin has been years in the planning, but construction started last March. Throughout the process there have been excited local people standing on bridges admiring the works. The finished basin is already attracting lots of positive interest from walkers and cyclists as well as canal lovers.

Restoration of the canal from Chesterfield to Mill Green at Staveley was completed a decade ago. The new basin has been linked back to Mill Green thanks to a washwall nearly 600 metres long that was constructed by the Chesterfield Canal Trust’s volunteer Work Party. This labour of love has taken several years. The final coping stone was laid on 2nd January this year.

Killingley’s, the contractors, did the excavation and put in the clay lining. All of the works have been carried out under the direction of engineers from Derbyshire County Council which supplied some of the money because it owns this part of the canal. However, the bulk of the funds came from a grant from the East Midlands Development Agency. Thanks must also go to Staveley Town Council and the Waterway Recovery Group.

Much work remains to be done at the basin site. There is a plan to build a bunkhouse for use on Canal Workcamps as further restoration takes place. It will also be used by Guide and Scout Groups. Some cottages will be built for residential use and as small business units. It is hoped that this building will be done in partnership with Chesterfield College.

Meanwhile the volunteer Work Party’s next job is to build a new lock on the basin site. The foundations have already been laid thanks to grants from Lafarge and the Inland Waterways Association. The Chesterfield Canal Trust is running a Donate a Brick for Staveley Town Lock campaign that has already raised £15,000.

The site includes a large Events Area where the Chesterfield Canal Festival will be held on 30th June and 1st July this summer. This promises to be a terrific event with three tripboats, an entertainment marquee, lots of stalls, rides and food and drink, plus the chance to go on a boat trip, vintage bus ride and steam train ride at Barrow Hill Roundhouse.

For further information about the Festival or donating bricks for the lock or anything to do with the Chesterfield Canal, ring 01246 477569 or email festival@chesterfield-canal-trust.org.uk .