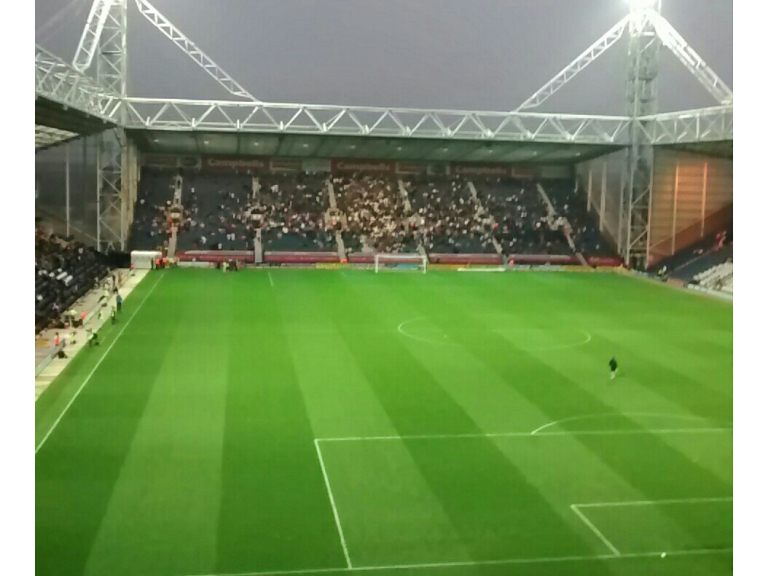 Chesterfield produced a stunning second-half comeback to seal a 3-3 draw at Deepdale on Tuesday night. The home side raced into a three-goal lead in just 27 minutes, with Alan Browne, Joe Garner and Josh Brownhill all hitting the back of the net.

However, Eoin Doyle's superb hat-trick in the second period rescued a point for the Spireites straight from the jaws of defeat.

With six minutes on the clock, Browne opened the scoring for the home side with a low header following a driven cross from Will Hayhurst on the right-hand side. Nine minutes later, Preston doubled their advantage after a calamitous error on Tommy Lee's behalf left Garner with a simple finish into an open net from the edge of the area.

On 27 minutes, the home side netted a third courtesy of Brownhill's easy tap-in to the bottom left-hand corner of the net after an ambitious header was played back across the Spireites' goal. Just four minutes had passed before another goal came in this pulsating contest, with Chesterfield pulling one back as Doyle smartly finished under Jamie Jones after receiving a magnificent through-ball from Jay O'Shea.

As the Spireites pressed forward in the aim of reducing the deficit further, O'Shea tried his luck from 20 yards but sliced the ball straight into the stands. On the stroke of half-time, Romuald Boco squandered a glorious opportunity after firing over the crossbar from a matter of yards.

Immediately after the break, O'Shea wasted yet another chance with a fluffed attempt following Doyle's threaded pass inside the area. With all 11 Preston players back in defence, Sam Morsy attempted a speculative effort from range that was always rising from the moment the ball left the midfielder's boot.

Preston were constantly restricted to their own half of the field, with Spireites boss Paul Cook sensing a chance to rescue something from this game with the introduction of Armand Gnanduillet imminent with under 20 minutes left to play. In the 82nd minute, the away side netted their second of the evening courtesy of a Doyle tap-in from a low Daniel Johnson cross on the left-hand side, setting up a tense finale for both sets of supporters.

Towards the end of normal time, Lee reacted well to produce the save of the match after magnificently tipping a thunderous Garner header over the crossbar. With the six minutes of additional time all but over, Chesterfield were awarded a deserved penalty as a consequence of hand-ball.

Doyle stepped up, then calmly converted to net his second hat-trick in as many games and ultimately rescue what could be a vital point come the end of the season.