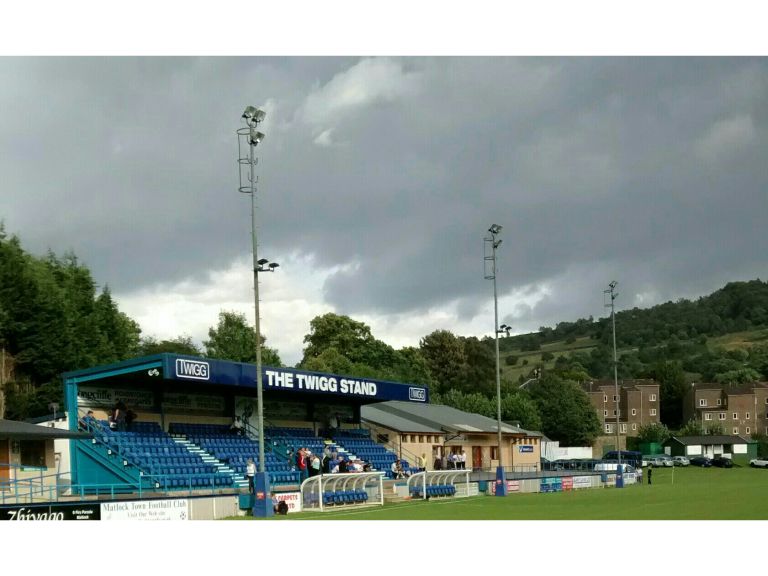 Chesterfield ran out 4-1 winners over Matlock Town to secure the Autoworld Cup in a pre-season friendly at Causeway Lane on Wednesday night.

The goals came courtesy of Armand Gnanduillet, Sam Morsy, Eoin Doyle and Dan Gardner. The home side’s only goal of the night came mid-way through the second period after Matt Andrews struck from distance.

In the opening moments, the home side’s appeals for a penalty were turned down by the referee following claims of hand-ball by Liam Cooper. Romuald Boco tested the Matlock goalkeeper’s resolve with a forceful effort from just outside the area, but Ross Atkins was equal to it and palmed the ball away from goal.

With only 14 minutes on the clock, the Spireites took the lead courtesy of a towering header from Gnanduillet after he met a looping cross from Jimmy Ryan. Once play was back underway, Gnanduillet got back in on the act with a powerful drive from close range, but once again Atkins was there to deny the frontman.

Mid-way through the first period, it had become evident that Chesterfield had asserted their authority on this contest and were restricting the hosts firmly to their own half of the field. After breaking free of the defence, Gnanduillet found himself with a clear route to goal but instantly decided to shoot and fired the ball high and wide of the crossbar.

On the stroke of half-time, the Gladiators pushed forward on the counter-attack although Leon Osbourne failed to capitalise on a glorious opportunity and blazed the ball wide of the target.

After the re-start, Gary Roberts received the ball on the six-yard line but the winger delayed his decision to shoot and ultimately lost possession. Looking for a route back into the contest, Matlock’s Jason Stokes fired a driven cross into the box that fell kindly to Danny Holland whose header crashed against the crossbar before an important clearance from a member of the Chesterfield defence.

The Spireites added their second goal of the evening on the hour-mark, following a speculative attempt from Morsy that flew straight into the top left-hand corner of the net. Only five minutes had passed before Chesterfield netted a third, as Doyle rode the challenges of three opposing defenders before calmly finishing past a helpless Atkins.

Doyle was wreaking havoc in and around the Matlock penalty area, as the Irishman drove forward before preparing to shoot only to be denied by a magnificent last-ditch tackle. The home side reduced the deficit to two with 15 minutes left to play through Andrews’s stunning strike from 30 yards, which the Chesterfield goalkeeper could do nothing to stop.

The final chance of the game fell to the feet of Gardner, who received the ball on the edge of the hosts’ area before firing low and hard into the corner of the net.