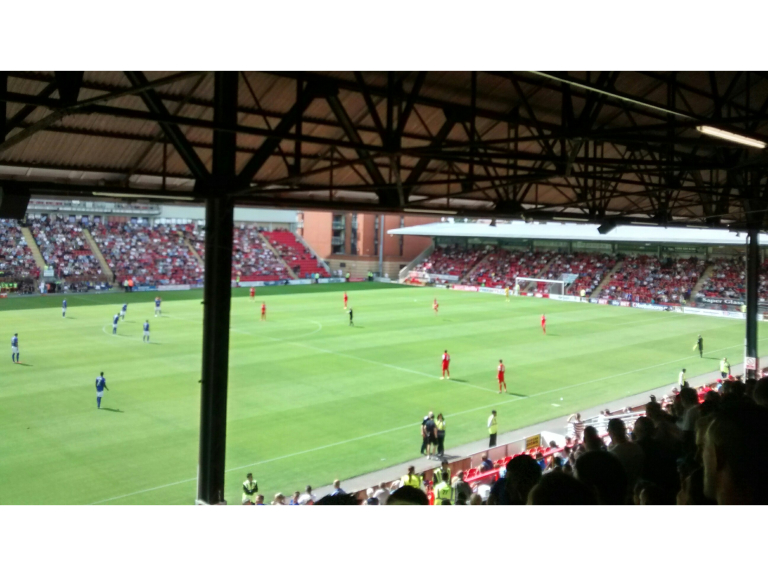 Both Romuald Boco and Eoin Doyle netted on Chesterfield’s return to Sky Bet League One to secure a 2-1 victory over Leyton Orient at the Matchroom Stadium on Saturday afternoon. The home side’s only goal of the game came courtesy of Darius Henderson in the closing stages, after the striker made an appearance from the substitutes’ bench.

In the opening moments, Kevin Lisbie broke free of the Chesterfield defence before having his forceful shot blocked by the midriff of Daniel Jones. With just seven minutes on the clock, the Spireites opened the scoring courtesy of Boco’s sensational scissor-kick from just outside the area which nestled straight into the bottom left-hand corner of the net.

A forward drive from Doyle culminated in a chipped effort from the Irishman that crashed against the post and out for a goal-kick. Lisbie tested the reactions of Lee once again, but the forward was denied by a magnificent one-handed save.

Bradley Pritchard’s forward run allowed him the space to meet an Elliott Omozusi cross, but the former Charlton midfielder failed to hit the target. On the stroke of half-time, Gary Roberts attempted a speculative effort from distance that sailed wide of Adam Legzdins’s post.

Immediately after the break, Spireites skipper Ian Evatt squandered a glorious heading opportunity after the defender met a driven cross from Jones. Roberts found himself bearing down on goal before playing the ball unselfishly to Doyle, whose shot was parried by Legzdins as Chesterfield continued to press forward in search of a second goal.

The O’s were becoming somewhat frustrated with a resolute Chesterfield defence, which prompted various attacking substitutions from manager Russell Slade. Jobi McAnuff and Henderson added a much needed presence and an increase in the tempo of their play was clearly evident.

With 11 minutes left on the clock, the Spireites deservedly doubled their advantage courtesy of Doyle’s smart chip following Legzdins’s rash decision to come off his line. Only four minutes had passed before the hosts pulled a goal back, after a Dean Cox free-kick was bundled over the line by Henderson which ultimately proved not to be enough to rescue a point from this fixture.