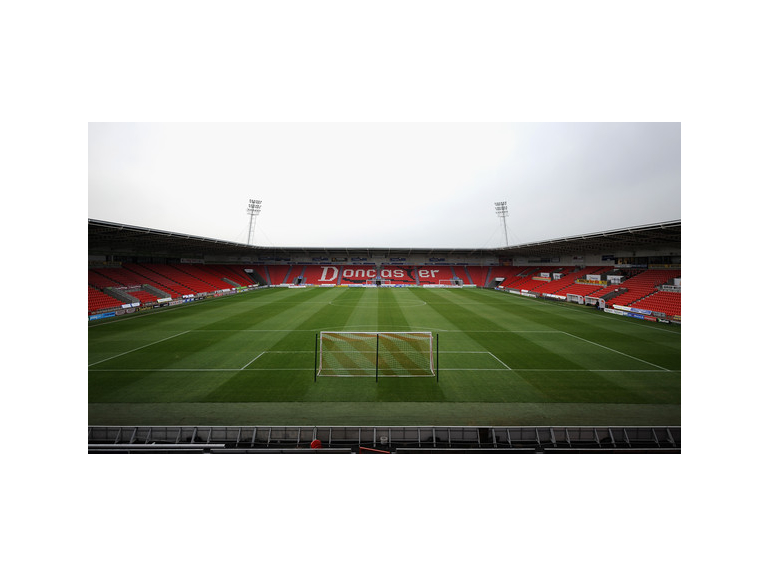 Chesterfield failed to replicate the comeback at Preston in the previous fixture, as Doncaster held on to claim a 3-2 victory at the Keepmoat Stadium on Saturday afternoon. Nathan Tyson, Kyle Bennett and Jamie McCombe all netted for the hosts, with the Spireites’ two goals coming courtesy of Sam Clucas and Eoin Doyle.

Only six minutes had been played before the home side took the lead courtesy of Tyson's downward header that Tommy Lee only just failed to stop from going over the line. A succession of early crosses into the area caused the visiting defence constant problems, with rash clearances becoming a common feature.

Mid-way through the first period, Paul Cook was forced into making an alteration to replace the influential Sam Morsy with Ollie Banks due to injury. In search of a first-half equaliser, Daniel Johnson tried his luck from range with a curled effort that narrowly avoided the post.

With 32 minutes on the clock, the home side doubled their advantage through Bennett's magnificent strike into the top left-hand corner of the net from the edge of the area after receiving a short pass from Richie Wellens. On the stroke of half-time, the Spireites reduced the deficit through Clucas's simple tap-in from a matter of yards following another Johnson shot that cannoned against the post and into the midfielder's path.

Immediately after the break, Banks squandered a fantastic heading opportunity after meeting a looping Jay O'Shea free-kick. With 50 minutes on the clock, Doncaster reinstated their two-goal lead through McCombe's simple finish on the six-yard line past a flailing Lee.

Eight minutes later, second-half substitute Armand Gnanduillet thought he'd netted his side’s second goal in this contest with a sliding finish, only to be denied by the linesman's off-side flag. Just past the hour mark, Chesterfield did score a second after Doyle reacted quickest to stab the ball past the hosts' goalkeeper Jed Steer from close range.

Johnson found himself one-on-one with Steer, before firing low and disappointingly wide of the post. Gnanduillet evaded his marker with strength and cut inside to ferociously strike straight at Steer, whose save was less than convincing as the Spireites maintained their dominance on this second period.

Entering the final ten minutes of normal time, visitng captain Ian Evatt connected with an O'Shea corner-kick to head tamely into the palms of Steer before play was pulled back as a result of an infringement. With the five minutes of additional time all but over, another Evatt header was held by Steer as Chesterfield left Doncaster with nothing after more than equalling the application of their opponents over the course of the game.